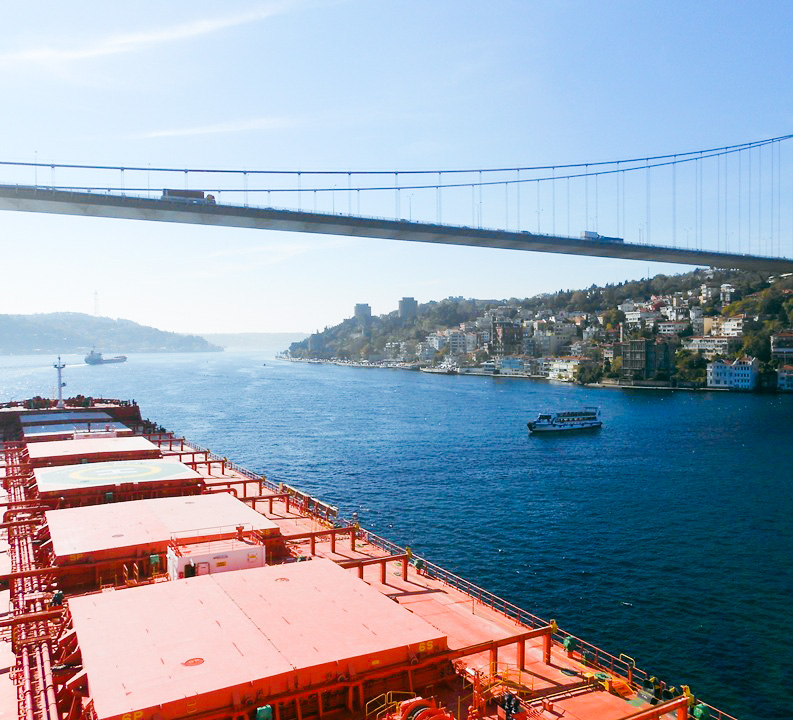 Capesize Price Levels are at their highest level in the last 10 years. Let’s take a look at the reasons of the sharp price increse in Capesize rates.

Capesize freight rates hit a ten-year high on August 18. The main reason is the major iron ore route from Brazil to China as bullish fundamentals and a resurgence of activity in the Atlantic region.

Freight prices for Capesize bulk carriers exceeded $50,000 a day as the Brazilian market reached the point of exhaustion. It hasn’t been this high since June 2010.

Capesizes for iron ore trips from Brazil to China have pegged at higher rates, resulting in the spot market going up. Intense chartering activity from Brazilian mining giant Vale sucked in many large vessels. Because of their loading dates in early September. About 17% of the total capesize fleet is currently congested globally. The highest seasonal level since 2016 due to tighter coronavirus restrictions at Chinese ports.

Global capesize occlusion has averaged 13.6% over the last five years.

The market is demand driven. The congestion off the coast of China (due to protocols related to COVID-19) also tightening tonnage supply. Freight derivatives [FFA] market supports the physical market well for the third quarter. Q4 is heading towards $40,000/day. There is a positive outlook for Capesize rates to rise further.

The strong route from Brazil to China is driving the market at the moment. The few ballast vessels are capable of transporting Brazil to the September loading window.

According to Platts’ commercial flow software cFlow, iron ore exports from Brazil’s leading mining company Vale reached 152.95 million metric tons in the first half year of 2021. It is up 9.5% compared to the same period of 2020.

Since the second half of July, evaluations on the Platts Time Charter Equivalent or TCE, Western Australia – Qingdao route have averaged a premium of $6,700/day over the Brazil – Qingdao route.

With Pacific round trips paying better, ships remained in the area instead of going to the Atlantic basin. This situation caused tonnage supply in the Atlantic Basin to tighten especially for September loading dates. Owners’ choices between overflowing and staying within the Pacific remained divided.

Moreover iron ore volumes from Australia also returned. Exports by sea rose to 38 million tons in the first two weeks of August, up 1.9 million tons, or 5%, year on year.