The Shipping Industry Situation For The First Half of 2021 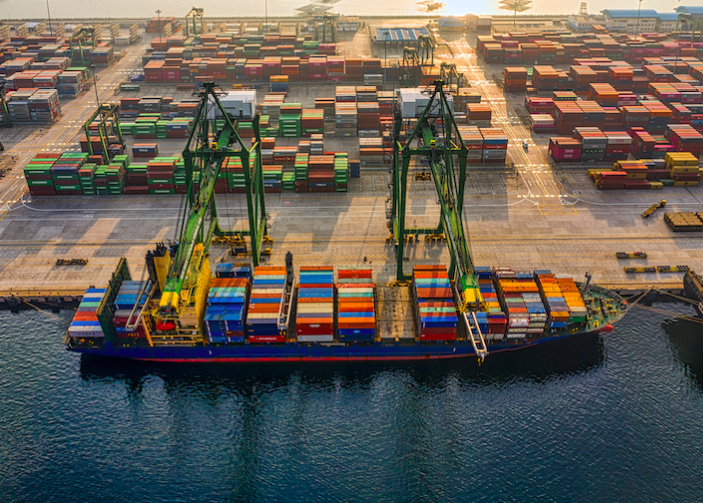 The first half of 2021 has been a good year for the shipping industry and global Trade flows as the effects of last year’s Covid pandemic subside. Let’s take a look in detail.

While 2021 was on a downward trend for the Bulker market, it rallied in the first half of the year, with all vessel sizes reaching the highest charter rates of the last decade. Considered the leading indicator of economic growth, the Baltic Dry Index reached the level last seen ten years ago in July 2010 on 29 June 2021.

The most volatile Capesize market was up over 300% from the mid-February low of $10,304 while the index was $44,817 for a day in early May. Smaller Bulker markets enjoyed steady climbs and finished the first half of the year with the highest daily rates. ( Vesselsvalue )

In the first six months of 2021, the fundamentals of the Dry Bulk Cargo markets have changed drastically compared to the first half of 2020. While the Capesize market saw 7-8% year-over-year declines in ton mil demand at the start of Covid-related restrictions last year, ton mil demand is consistently progressing above 5%. Other Dry Bulk markets are equally positive, with Supramax vessels seeing over 10% annual ton-mile growth recently.

Commodities that have supported the Dry Bulk market in the last 6 months;

Combined exports of Australia and Brazil amounted to just over 20 mt in the first half of 2021 compared to the same period last year. High iron ore exports are critical to the bullish fundamentals of Capesize markets. Another important factor is that all the iron ore export growth during that period came from Brazil, where loadings were 24 mt higher than last year. The increase in these pre-haul shipments results in sharp increases in Capesize loaded distances and ballast requirements, taking advantage of the impact of sheer volume on vessel utilization.

Developments in the thermal coal market have been equally supportive for the Dry Bulk Market. Geopolitical tensions between China and Australia have led China to effectively ban Australian thermal coal imports since the third quarter of last year. This led to two important consequences for the Dry Bulk market, which caused shifts in the global trade routes:

China, the world’s largest coal importer, had to procure its coal needs from further afield. Australian coal itself had to be sold to importers further afield.

While China had previously imported coal from the Atlantic basin, these imports have been largely arbitrary and short-lived. But now unable to buy Australian coal, China has become a major export destination for producers in South Africa and Colombia in a matter of quarters. Taman, the fastest growing coal port in western Russia, now sees China as its backbone. These pre-haul trade flows have major effects on both loaded and ballast distances, increasing ton-mile utilization.

While the Capesize market has benefited from these changes, changing patterns of coal trade flows have had a proportionally greater impact on Panamax and smaller Dry Bulk vessels.

Looking to the remainder of 2021, the main factors that proved to be so supportive of Dry Bulk markets in the first half of the year are likely to continue and could be further highlighted in the seasonally strong 3rd and 4th quarters.

The first half of 2021 was marked by very high box rates and deteriorating line services. There have been delays and bottlenecks as container ships are kept in congested ports and terminals. In contrast, the charter market has increased as shipowner operators, increased demand for ships and TEU space has grown rapidly. And it resulted in record-breaking year-end profit forecasts never seen before.

The stranding of EVER GIVEN in the Suez Canal at the end of March and the subsequent Covid outbreak in Yantian port in early June were key moments that disrupted world trade. Container global shipping miles decreased by -0.4 billion (Suez) and -0.3 billion (Yantian) respectively in 2021.

On the supply side, the number of viable ships remained relatively stable. Panamax units remained stable on 709 ships. The number of idle fleets for commercially viable vessels was at an all-time low.

Ship owners enjoyed the charter market in the first half of 2021. It initially took advantage of larger vessels at the start of the year, before gradually reducing to smaller sizes including the Handy and Feedermax from the second quarter. By the end of June, Post Panamax rates were up an impressive 107%.

Tonnage supply has become extremely tight for all container sizes, with rates rising upwards to new highs. Owner operators have benefited unexpectedly from the global pandemic as congested ports and terminals increase demand for their ships and services. As we look forward to the second half, core demand should strengthen as we approach the peak season due to strong US retail sales.

While other markets experienced an incredibly strong first half of 2021 with surprising Container and tightening Bulker gains, both the Clean and Crude Tanker markets got off to a very poor start in comparison due to the effects of Covid’s capture of the industry.

At the end of January 2021, only 3.86% of Crude Tankers were in use as floating tanks, and this number remained relatively stable over the first two quarters of 2021. This number was 9% in 2020.

As a result of this decline in floating storage and the dramatic decline in demand for petroleum products, Crude Tanker rates so far this year have been significantly lower than last year. VLCC rates were particularly weak, dropping below OPEX in January and hitting $11,000 daily in mid-March (a 2000% year-on-year drop compared to the same period in 2020.

This year, Crude Tanker cargo miles were below compared to the same period last year. At the lowest point in May 2021, global shipping miles are 17% lower than at the same point in 2020. Low rates will continue to be particularly worrying for the Crude Tanker market, especially as we enter the third quarter, coupled with uncertainty about future demand and continued vessel orders. Global oil demand is expected to recover by 2022, but we are unlikely to see any significant signs of recovery this year, and uncertainty over global oil supply and prices could plague the Crude Tanker market again.

The first six months of 2021 show that demand for goods and tonnage availability are directly related to vessel earnings. The Bulker market has rebounded strongly so far in 2021 as demand for Dry Bulks has recovered post-Covid and resulted in strong rates. Trade flows have also changed this year as geopolitical tensions between Australia and China, increasing cargo miles and tightening ship availability. The container market has also been booming in the first two quarters, with pent-up demand and a lack of available ships leading to ten-year high rates. As we enter busy seasons for both sectors, both the Bulker and Container markets are expected to continue this increase in the second half of the year.

However, the Tanker market has had a less productive year after the collapse of the temporary success felt in the second quarter of 2020 and its still undeveloped. Tanker prices were at an all-time low, as demand for crude oil and oil products was still declining due to the effects of the pandemic. Tanker demand is expected to increase as the world adapts to Covid, and a significant recovery in demand is expected by the end of 2022.