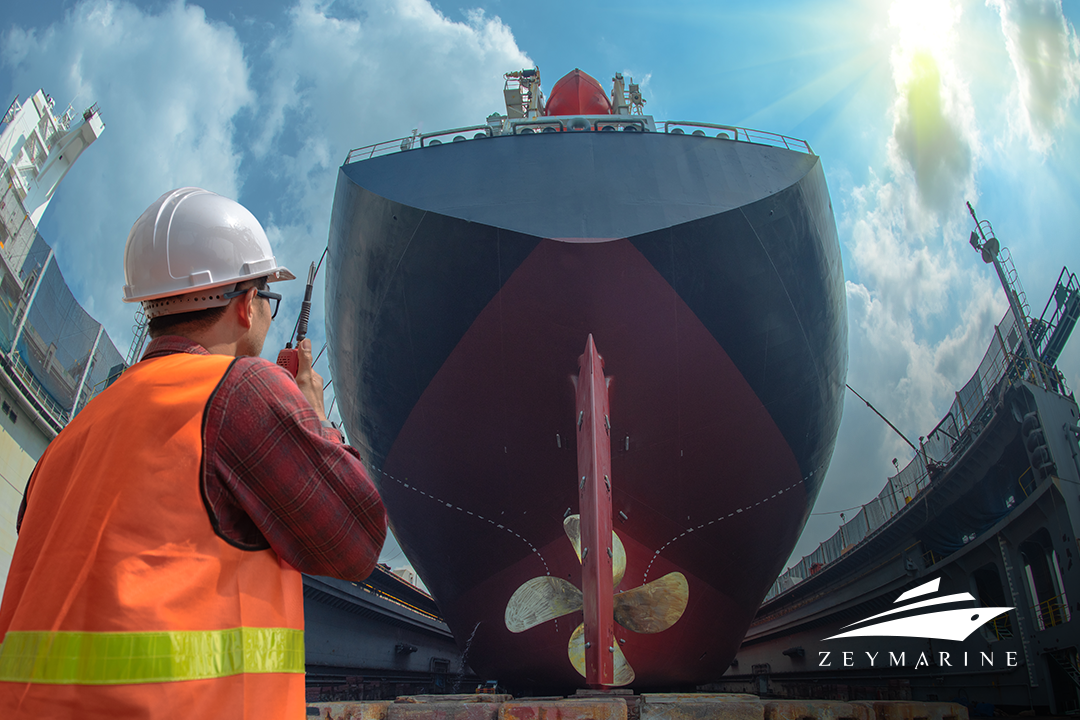 Our species build ships. People in ancient times, without knowing each other like Polynesians or Ancient Egyptians simultaneously built ships for fishing, exploring or strengthening the fleet. Even now, children from all over the world are trying to make paper ships with their small hands yet with great imagination.

Do you want to learn about the largest shipbuilding companies? If your answer is yes then let’s meet on our list.

Based on the picturesque northwestern Italian town of Trieste, Fincantieri is one of the biggest names in the shipbuilding business. In Europe, there is no larger company than Fincantieri in the industry.

The magnum opuses of the company are the military and commercial ships which are known for their quality.

Mitsubishi Shipbuilding Co. mainly centers on complex ships that require intensive outfitting and advanced technologies. Also, this subsidiary focuses on developments in shipbuilding and marine technologies. Yokohama, Shimonoseki and Nagasaki shipyards are the dockyards where those elaborate processes take part.

On the other hand, in Mitsubishi Heavy Industries Marine Structure Co., rather larger marine vessels and platforms are planned and built.

So far, the company has developed plenty of ships ranging from LNG carriers to passenger ships. In 2019, the total revenue was 36.7 billion USD.

Since 1927, the private family-owned company Dahmen has been one of the strongest actors in the industry. With 35 shipyards worldwide and more than ten thousand employees, Damen has records of more than 175 ships delivered annually. The turnover of the company in the year 2021 was 2.1 billion Euros.

Up to the present, Damen’s projects ranging from warships to freighters or passenger ships to yachts made Damen paramount in the industry.

Trademark Project: In 2006, Damen is involved in the development of the Sea Axe Bow, a revolutionary hull form that increases safety and more efficient sailing.

After China, South Korea has the biggest percentage of ships in terms of million gross tons. This huge amount of manufacturing by South Korea is mainly materialized by a few companies and Daewoo is one of them.

The company was founded in 1973 yet the building of the shipyard was completed in 1981. However now, the shipyard spans an area of 4.9 million square meters and has the largest dock in the world. The shipyard is located on Geoje island.

Trademark Project: HMM Algeciras is one of the world’s largest container ships.

The company also maintains facilities and shipbuilding operations in Amsterdam and Tokyo.

After the destructive World War II, Japan found its way into shipbuilding and the industry became the key to economic development. Even though Japan lost its place as the biggest shipbuilder country in the world after the millennium, the country still is the third largest shipbuilder by tonnage.

Sumitomo Heavy Industries was founded in 1888 and the company not only builds ships but also manufactures products from mechatronics to energy. In the late 1960s, Sumitomo Corporation instituted a brand new ship division.

Now, Sumitomo is one of the biggest shipbuilding companies in the country and the world. In their Oshima Shipyard, the company builds nearly 40 ships in a year.

Trademark Project: Seawise Giant, ULCC supertanker used to have a titulary of the longest self-propelled ship in history

Samsung, does it sound familiar? Smartphones, TVs, and major appliances but how about ships? It may sound surprising but Samsung is not just building ships, they are also masters of shipbuilding.

Samsung Heavy Industries is one of the companies that created the ‘Big 3’ in Korean shipbuilding. In their shipyards next to Gaewoo’s in Geoje island, they build LNG vessels, special purpose ships, oil drilling ships, Floating Production Storage and Offloading (FPSO) vessels, large container vessels, and arctic tankers.

Trademark Project: In 2021, they landed an order to build 20 very large container ships (VLCS) at 2.8 trillion won ($2.5 billion), the largest amount for a single shipbuilding order in the world.

Formerly known as STX Offshore and Shipbuilding, K Shipbuilding is among the companies which help South Korea to maintain an always-on major level. The company has a wide global presence with enterprises in Asia and Europe. They have operation capability through 15 shipyards across Europe and in Brazil. After turbulent years and bankruptcy in Europe, K Shipbuilding is still aiming for the peak.

To the extent of the margin, operations in the North and West are held by the divisions of CSIC as well as the operation of the country’s biggest shipyard Dalian whilst operations of the South and East are performed by CSSC.

The company mostly build LNG carriers, VLCC vessels but also military ships which have the lion’s share of the revenue due to China’s ever-expanding naval fleet

One of the companies that constitute the ‘Big 3’ in South Korean shipbuilding, Hyundai Heavy Industries leads the global shipbuilding industry with roughly 10% share of the market.

Located in Ulsan, the company has the largest ship manufacturing facility in the world and covers an area of 1,780 acres. However, its magnitude is not the only distinctive feature of the shipyard. Advanced technologies and facilities are in every detail in the shipyard such as robots in the welding process.

Until 2021, more than 2,200 ships served 324 shipowners in 52 countries by Hyundai Heavy Industries. The company has also the responsibility of manufacturing South Korea’s naval ships. In 2009, they became the first company ever to build a T-shaped dry dock.

Trademark Project: When she launched in 2014, CSLC Globe had the titulary of largest container ships in the world.