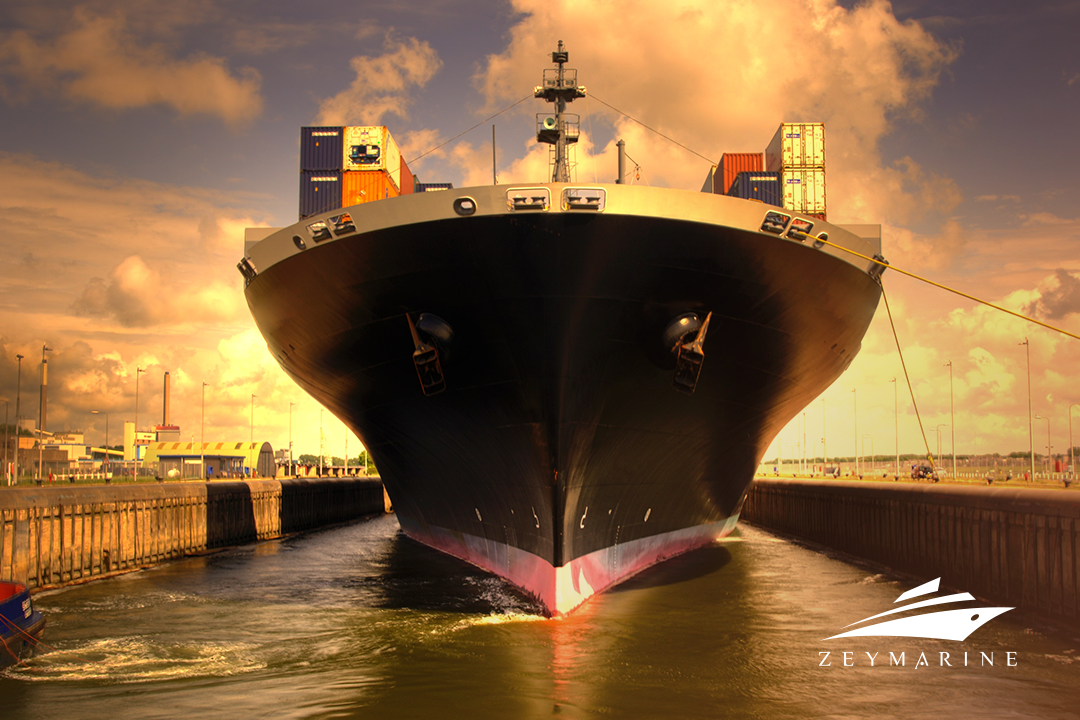 A short while ago, Danish biotech company Cysbio discovered a way to take off copper from the antifouling paints. The exploration has the potential to change the industry. But why is the concept so hope-inspiring?  Without further ado, let’s dive into details.

What is Antifouling Paint?

Brand new vessels freshly delivered from the shipyard do not have the appropriate conditions to sail. Before vessels set out to operations, antifouling painting should be coated on the outboard hull. The reason behind the implementation is to prevent microorganisms like algae and molluscs from attaching themselves to the ship’s hull. Compounds that are used in antifouling paint leach into seawater and kill marine life on the hull.

The sealife of organisms on the hull can easily lead to the ship slowing down and increasing fuel consumption. Also, as a side effect, ships emit more C02. Thus, antifouling painting is vital for vessels.

Historically, the most popular materials used to coat ships’ hulls were lime and arsenic respectively. However, in the modern era, metallic compounds substituted the place of those materials. Copper was one of the first elements that were used in antifouling paints.

Until the 1950s, using copper was the standard in the painting industry. In spite of that, the discovery of cheaper material tin-related tributyltin (TBT) paint changed the march of events and was accepted globally. For about 30 years, TBT paints were coating every ship in the world without apprehension and investigation yet during the 1980s, it was realized that actually, those were extremely harmful to the environment. TBT was causing shellfish to change gender and also impairs the immune system of organisms. Certainly, it was not good news for marine sustainability. Consequently, after the harmful impacts proved, IMO banned TBT first for small boats and then for all sea-going vessels in the 2000s.

There was no other chance than to go back to copper for the industry. Since then, about 95 per cent of antifoul coatings contain either copper or cuprous oxide (CuO) derivatives.

Is it possible to say copper is harmless? Frankly, if you compare copper with TBT, the results are as different as chalk and cheese. International Maritime Organization once stated that for one research, copper is 1000 times less harmful than TBT.  The justification concludes as the minuscule amount of copper that results from antifouling paints and the lack of bio-accumulation in the environment seem not alarming. Thus, for now, IMO does not have plans to regulate copper in antifouling paint.

On the other hand, some studies and expert reviews are raising concerns about copper. Therefore, partial bans in Sweden and The Netherlands have been on the docket for a while. Worries mainly focus on the copper’s effect ecosystem.

As concerns still continue, environmentalist entrepreneurs aim to find alternative materials to copper. The project that stands out is by Cysbio which is based on eliminating copper by using eelgrass acid in antifouling paint. The company patented a fermentation technology to produce eelgrass acid to use instead of copper in antifouling paints. Eelgrass, which naturally grows on very deep shores, can be used as a replacement for copper with the ability to prevent organisms from attaching themselves.

The CEO of the company, Henrik Meyer explains their intentions as, ‘Current antifouling paint is primarily based on older technology in the form of traditional biocides containing heavy metals, primarily copper, and it’s proven difficult to produce a more sustainable substitute’

Because of the fact that eelgrass only produces a small amount of eelgrass acid, the company aims to brew the acid and transform production cheaper and based on renewable carbon sources.

In times when prudential steps to the environment are inestimable, projects like eliminating copper from antifouling paint are standing noteworthy.

How to Achieve Zero Emission and Greener Solutions in Shipping?
July 18, 2022

How dominant is China in the container port business?
April 14, 2022