How dominant is China in the container port business? 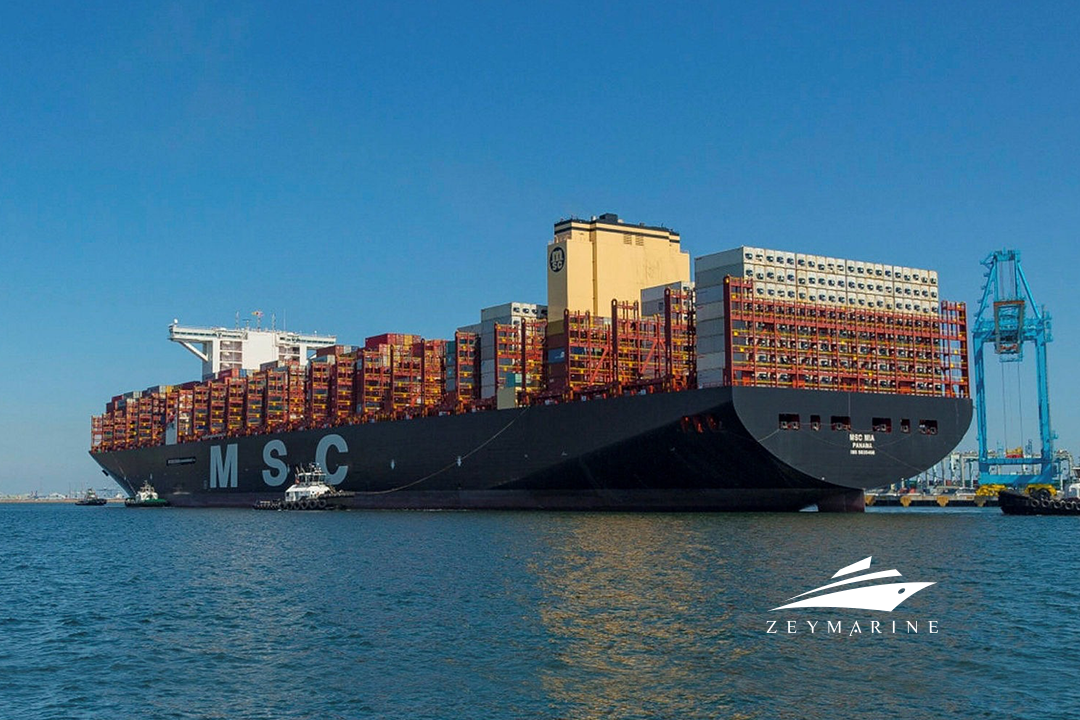 Umpteen studies and articles indicate one specific conclusion: in the next ten years, China, most likely, will be the biggest economy in the world. The rise in exports in the last few decades paved the way for the expeditious rise of the Chinese economy on the world stage. Yet how outstanding is the influence of China on the container business? Waste no time in questioning, let’s dive into the details.

History of Shipping Industry of China

If the container transportation industry would be a competition in which competitors were awarded medals, China would probably race for the golden one. Now, China is responsible for approximately %80 percent of new containers. As if that were not enough, China is also the primary container shipbuilder and operates the fourth-largest liner company, COSCO. However, until a quite short period of time, it was nothing of the kind.

After the turbulent and mostly self-enclosed years, the very first intentions started with the foundation of China Ocean Shipping Company, or COSCO in short, founded in 1961. With the help of shipping agreements with many countries, state-run maritime shipping company COSCO lays the foundation for a bright future for China.

In September 1973, the first overseas container arrived at Tianjin Port, the first time in China. Certainly, it wouldn’t be the last. In the later years, new ports were constructed and older facilities were renewed but maybe most importantly political relations reorientated. Intrinsically, trade between US and China goes back hundreds of years however it was damaged and terminated after the Korean War. On February 20, 1972, President Richard Nixon surprised the world with a visit to China and after that trade was finally reopened between the U.S. and China. Thereafter, the trade route between those two countries became one of the most crucial ones.

China’s first container berth opened in 1980. During the 1990s, in the container transportation industry, China’s influence respectably increased. In 2002, China becomes the biggest world’s top handler of containers. The titular used to be the US.

The Path to the Top of the League

The grounds for the success of rapid growth in China’s supply chain are not a coincidence.  According to U.K. consultancy Drewry, more than 96% of the world’s dry cargo containers and 100% of the world’s refrigerated containers are controlled by Chinese factories. It is indisputably a result of government investments. In return, 39.18 per cent of the country’s GDP has been contributed by exports.

After Greece and Japan, China has the largest cargo capacity for seaborne trade. Also, COSCO is among one of the biggest shipping companies with a fleet of 1,371 vessels with a combined capacity of 113.7 million DWT as of August 2021.

The fact remains that, indubitably, the key factor to success in China is the enormous ports. Ports in China handled 242 million TEUs worth of cargo, four-time greater than the ports in the US. Thanks to 14,500 Km of coastline, China has strong maritime power. The question that could come into mind is why China is more advantageous than countries like Russia and Canada which also have great access to long stretches of shoreline. The answer is, that all around the year, the ships can easily access the Chinese coast. China has 34 major ports and 2000 minor ports. Additively, out of the seven biggest ports in the world are located in China.

Leviathan of his kind, the largest port in the world is The Shanghai. Dates back to 170 years, it surpassed the ranking of the Port of Singapore and became the busiest international port in 2010. The Yangshan Port, one of the busiest hubs of the Chinese container shipping industry, is also part of The Shanghai Port. On the other hand, The Ningbo Zhoushan Port is the busiest port in the world for shipments. 560 ports across 90 countries are linked to the port. Ningbo Zhousan has also a separate terminal for liquid chemicals and the largest yard for handling ore.

Consequentially, we can readily say that after lasting initiatives China is the most dominant power in the container port industry.