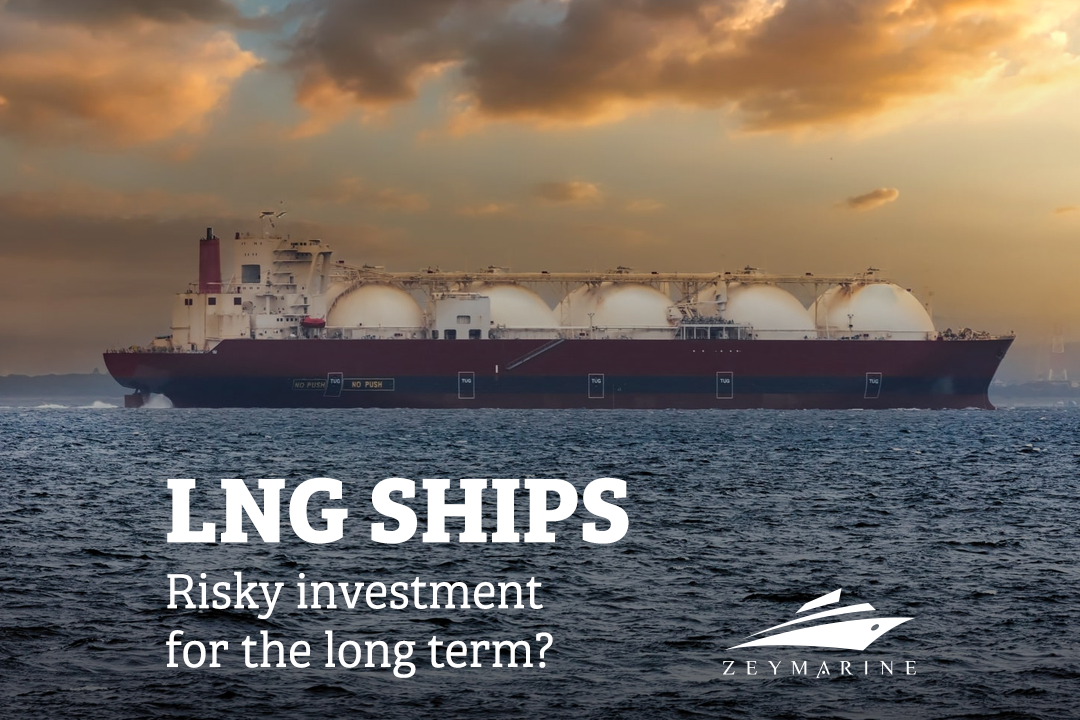 Major sectors of the maritime industry are investing in LNG fueled vessels. Let’s take a look at the situation.

LNG is the only commercial viable alternative to conventional marine fuels for deep-sea transportation. LNG-powered vessels are one of the options that meet reduced emissions requirements. For this reason, major sectors of the maritime industry are investing in LNG fueled vessels. They are aiming to reduce local and global emissions.

Vessel owners and operators continue that LNG reduces SOx and particulates to negligible levels. NOx by up to 85% and GHG emissions by up to 23%. It can also achieve the IMO’s 2030 target of reducing CO2 emissions by 40% compared to 2008. Later, the transition to bio-LNG, and synthetic LNG, will enable the industry to meet the IMO 2050 targets. (Initial IMO GHG Strategy)

Since 2010, the number of vessels powered by LNG has increased continuously between 20% and 40% per year. At the beginning of 2020, there were 175 LNG-fueled ships under construction. This figure reached 642 ships at the end of 2020. 2021 was a record year for LNG fueled ships. 240 ships ordered across the year.

An estimated 10-20% of the new order book is LNG fueled. The order distributions of these vessels focus on deep-sea vessels including cruise ships, container ships, product tankers and bulk carriers.

▪ LNG investment can made as the renewal of an existing ship or the construction of a new one.

▪ Converting an existing LNG-powered ship requires either a main engine replacement or a new engine to built with a fuel system.

All these conversions have a significant initial investment cost for the shipping company.

▪ Removing existing equipment also requires the ship to be idle for a period of time. This means an extra non-charter cost based on the number of days the vessel will taken off the charter.

▪ Installing LNG tanks on board means a reduction in load depending on the type of ship.

▪ Crew costs are higher, but maintenance costs are lower due to longer periods between revisions.

The lifetime of ships plays a very important role, because an old ship with a short operational life is impossible to pay back the investment in LNG.

Looking at the investment models for LNG-fueled ships, it seen that LNG is a challenging business model for ship owners compared to traditional marine fuels. Analysis shows that as a marine fuel, LNG provides the best return on investment on a present value (NPV) basis compared to low sulfur fuel, with paybacks ranging from 1 year to 5 years.

What are the disadvantages of LNG fueled ships?

LNG fuel has a low environmental impact, but there are three general disadvantages to using it as ship fuel.

As environmental regulations become increasing stringent, LNG-fuelled ships expected to continue to grow in market share. Due to their advantages such as “zero sulfur content, approximately 25% reduction in CO2 emissions, and overwhelmingly low nitrogen compound emissions”. And LNG can be priced more competitive than expensive, low-sulphur heavy oil.