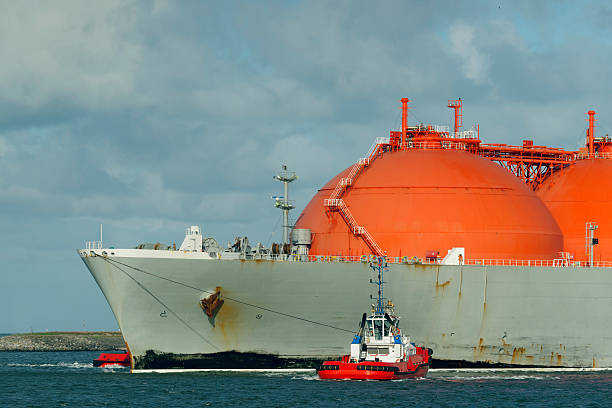 Let’s take a look at the current status and future prospects of LNG fuel for ships.

In current energy challenges, natural gas (NG) has emerged as an friendly energy source with an plenty of offshore and onshore reserves. Liquefied natural gas (LNG) has become one of the most promising candidates for transporting natural NG worldwide. Because of the uneconomical nature of transporting NG to remote locations.

If we look at the distribution of NG reservoirs and geographical constraints; There are cost challenges between LNG exporters and importers related to LNG supply chains. Such as remote locations, cost increases, LNG storage, scheduling and price convergence determined.

Liquefied Natural Gas (LNG) is an friendly energy source that emits less carbon dioxide than coal or oil. Natural gas cooled to minus 162 degrees Celsius, which makes it liquid. Liquefaction reduces the volume of the gas to 1/600th and enables it to transported by sea in large quantities. LNG trade volume expected to increase by 21% in 2025 compared to previous years. Strong demand for imports in the Asia-Pacific region and Europe.

LNG has recently introduced as a marine fuel as an alternative to heavy oil.

Advantages of LNG as Ship Fuel

The maritime industry is under pressure to improve its sustainability particularly air emissions. The shipping industry needs to take advantage of today’s improvements to cut the long-term impact on the planet.

Switching to LNG as fuel can provide significant benefits;

For this reason, the introduction of LNG-fueled ships that do not use heavy oil draws attention. LNG has a low environmental impact as it removes sulfur in the pre-liquefaction process. So, it emits almost no Sulfur Oxide (SOx) or Particulate Matter (PM) when burned. It emits less NOx (nitrogen oxides) and CO2 than other fuels. It is also safe because its specific gravity is lighter than air and it is easy to spread. Thus, there is less risk of explosion. Besides, the reserves are enough to supply over 50 years.

LNG fueled ships can reduce EEDI rates by 20%. Carbon Intensity Indicators will decrease by approximately the same amount. Competitive ship design assures compatibility, approaching ten years longer than conventional designs. Reduces NOx emissions by up to 80% and eliminates SOx, particulate matter (PM) With modern engine technology, greenhouse gas emissions can reduced by up to 23%. Biogas and lower fuels offer a way to further reduce the carbon intensity on board.

What are the disadvantages of LNG fueled ships?

Also LNG fuel has a low environmental impact, but there are three general disadvantages to using it as ship fuel;

LNG-fuelled ships expected to continue to grow in market share. Because of the advantages of “zero sulfur content. Approximately 25% reduction in CO2 emissions and low nitrogen compound emissions. This increases the competition in product prices.