The Threat of Piracy in the Shipping Industry 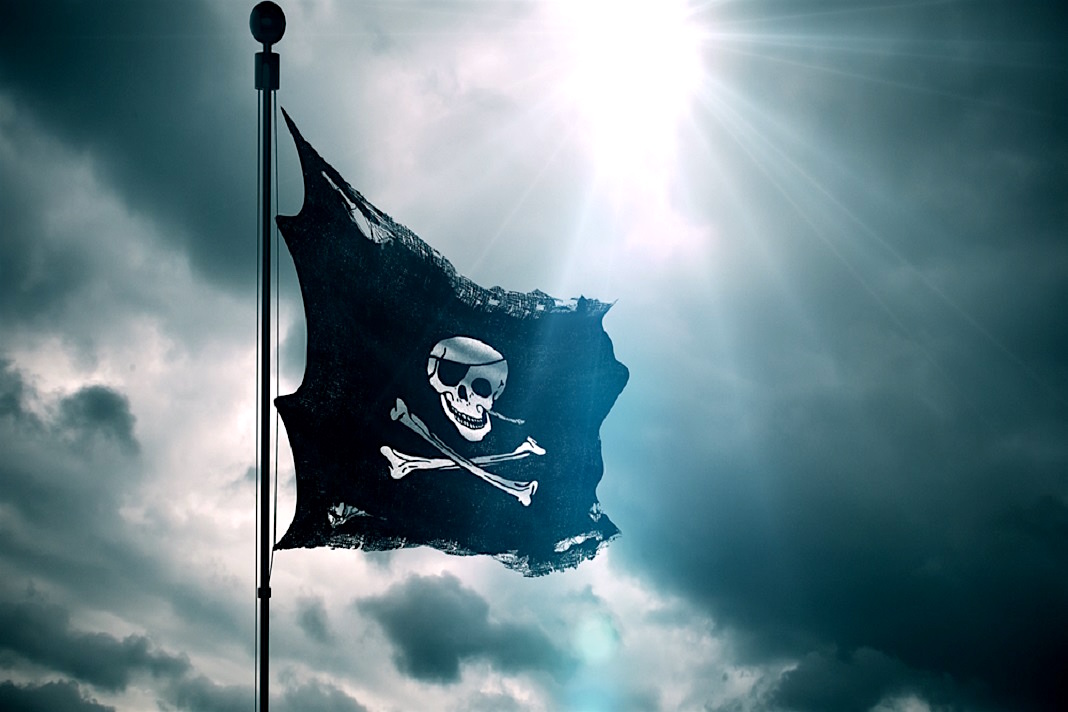 Even though the number of pirate attacks against ships worldwide seems to have been decreasing for the last decade, maritime piracy is still a very serious problem. Let’s take a look at the roots of the issue and the possible sustainable solutions.

Piracy is an act of robbery or criminal violence by ship or boat-borne attackers upon another ship or a coastal area, typically intending to steal cargo and other valuable items or properties. Therefore, it is expected to have existed for as long as the seas have plied for commerce. The earliest documented instances of piracy date back to the 14th century BC in the Aegean and Mediterranean waters, which means that nobody could solve the problem for the last 34 centuries.

According to Statista, 162 ships were attacked by pirates worldwide in 2019. In 2010, this number was 445 and the figures actually show a steady decrease for the last decade. However, the International Chamber of Commerce’s International Maritime Bureau (IMB) figures showed a rise in piracy and armed robbery on the world’s seas in the first nine months of 2020. There were 132 attacks in that period, as opposed to 119 incidents in the same period or 2019 year, despite the pandemic which caused travel limitations.

The riskiest waters: Gulf of Guinea

Currently, the riskiest region in the world is the Gulf of Guinea. Approximately 95% of global kidnappings are reported from within Gulf of Guinea waters, according to IMB.

In the first nine months of 2020, seafarers reported 134 cases of assault, injury, and threats, including 85 crewmembers being kidnapped and 31 held hostage onboard their ships. A total of 112 vessels were boarded and six were fired upon, while 12 reported attempted attacks.

Of the 85 seafarers kidnapped from their vessels and held for ransom, 80 were taken in the Gulf of Guinea – in 14 attacks reported off Nigeria, Benin, Gabon, Equatorial Guinea, and Ghana. Plus, both of the hijacked fishing vessels were sailing in the Gulf of Guinea at the time of the incident.

Moreover, the pirate attacks in the Gulf of Guinea are usually happening very far from the shore, which makes a safe route when navigating through this area harder. For example, on 17 July 2020, eight pirates boarded a product tanker underway around 196 nautical miles southwest of Bayelsa, Nigeria. They held all 19 crewmembers hostage, stole the ship’s documents and valuable items, and escaped with 13 kidnapped crew. Luckily, the 13 kidnapped crew members were released safely one month later.

The latest reported incident was on 23 January 2021. A Turkish cargo ship was attacked by Nigerian pirates approximately 98 nautical miles off the coast of Guinea. 15 sailors were kidnapped, and one Azerbaijani sailor was killed. The negotiations for ransom continue.

The Gulf of Guinea is not the only place where piracy is a serious problem. Ships have been targeted by pirates in the Singapore Straits, the Indonesian archipelagic, the Caribbean, Central, and South America – including Brazil, Colombia, Ecuador, Haiti, Mexico, and Peru.

The roots of the problem: Why pirates become pirates

At present, many pirates derive from the fisherman. For example, Somalian piracy was the end result but had its origins in illegal unreported and unregulated (IUU) fishing. The fisherman, deprived of their livelihood by foreign IUU fishing vessels, resorted instead to maritime piracy and so a criminal enterprise was born.

Fortunately, no incidents of piracy have been reported around Somalia since 2018. However, the same roots to the problem are now transpiring in the Gulf of Guinea and Southeast Asia. Like Somalia, the states in these regions are failing to control fisheries and their own exclusive economic zones.

Unfortunately, it doesn’t take long for the people who do IUU fishing to realize that piracy is so much “attractive” and “profitable” as a profession: It’s very easy and cheap to enter into the market because all one really needs to become a pirate is a skiff, some sailors, and probably some basic gear, all of which is mass-produced and readily available. The potential returns, on the other hand, whether in the form of ransoms or black-market oil sales, are very high.

‘You don’t stop pricy on the seas. You stop piracy on the land.’

So, what’s the solution? How do we stop pirates to hijack ships and endanger the lives of the crewmembers? It seems like there are two types of solutions to the piracy problem, short-term and long-term, and both of them are needed. However, in order to solve the problem permanently, the long-term solutions should not be neglected.  As NATO Commander General John Caddock once said, “You don’t stop piracy on the sea, you stop piracy on the land.”

One of the first solutions that come into mind is better coast guards. When we look at the piracy around the USA, we seldom hear about ships being hijacked. The US coast guard is as alert, professional, and well-guarded as it can be. So, in the short-term one might argue that better coast guards would solve the problem in the other regions as well.

However, a better and long-term solution is to identify and stop the pirates before they act. First of all, better coast guards don’t transpose into a sustainable solution for many countries, because many countries such as India do not have Vessel Traffic Services (VTS) and ships report to port authorities only when within VHF range. Comparatively, if the US coast guard does not receive the mandatory 96 hrs.’ notice of arrival a ship cannot dock to any of its ports and this system ensures each and every approaching vessel is tracked and monitored. A shipmaster before arriving at a US port must declare all particulars of his crew, cargo, past history of ports called by the ship, etc. This is a very effective long-term solution to keep illegal activities away from the country.

There are also more ways to identify and stop the pirates before they act. For example, if the states can successfully tackle IUU fishing and engage with the local fishermen to act as the eyes and ears of the maritime police, it would be easier to identify the pirates. The technology might help in this regard as well. The use of artificial intelligence within the integrated maritime surveillance systems, which enable the sharing of data between multiple agencies and ultimately nations helps to identify those vessels displaying high-threat behavior through satellite tracking, and then highlight them to an operator.

Another short-term solution is to create citadels and barbed wires on board for protection from piracy attacks. However, the pirates have become better and better when it comes to climbing over barbed wires and penetrating citadels.

The long-term equivalent for this solution is to make hijacking a ship very very expensive, therefore not profitable for pirates. In the end, it’s important to remember that if piracy wasn’t profitable nobody would do it. Vessels transiting high-risk areas should be encouraged to carry private security or military personnel onboard and maintain higher speeds. In order to overcome these problems, the pirates would need more expensive gears and technologies, which will increase the cost of piracy seriously. Unfortunately, these solutions increase the costs for ship owners as well, which is the main reason why they’re not widely implemented.

Another short-term solution to the problem is the states applying more severe punishments. Even though the logic suggests that this should work, most of the states in question don’t have the best political and juridical systems. Besides, pirates too organize better to attack better-guarded ships. When we look at some of the attacks, we see that they are so sophisticated that they wouldn’t have been possible a degree of organization and start-up capital that can generally only be provided by the high-value targets of transnational pirate financiers. Which makes it an international problem that requires an international piracy court.

In short, yes, a pirate attack is an immediate threat and the states, coast guards, ship owners, and even crew members should find better short-term solutions to react to the attacks. However, it’s essential to keep in mind that modern piracy has become a transnational paradigm and therefore calls for a global solution.