Port Business is Doing Fine Despite the Pandemic 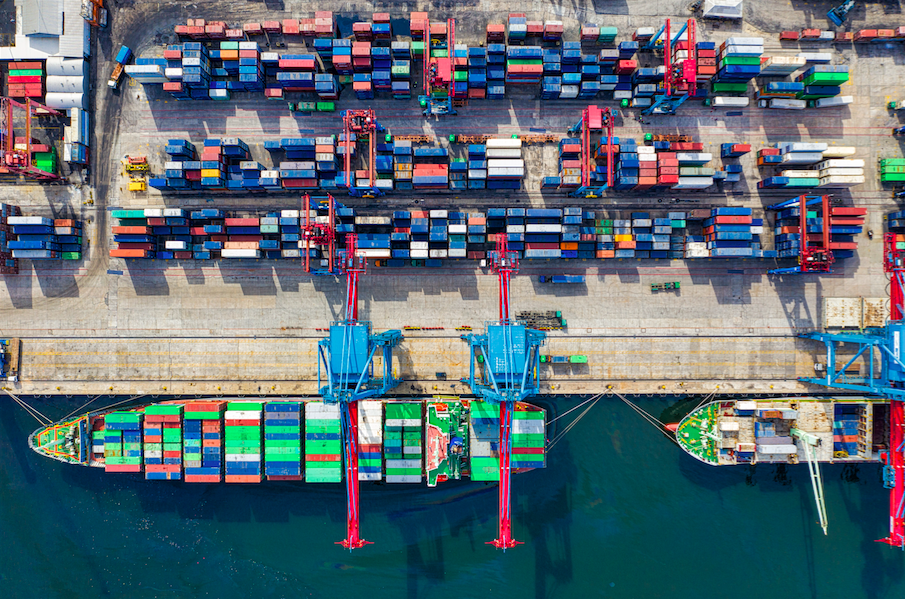 When the COVID-19 pandemic began, the entire maritime industry was hit hard, including the port business. However, even though there are still some challenges ahead, most ports are now doing pretty well.

According to a report released by the United Nations Conference on Trade and Development (UNCTAD), in the first 24 weeks of 2020, the ship calls around the globe diminished by 8.7%, down from 1.1 million calls recorded during the first 24 weeks of 2019. Much of the decline occurred in Week 12 of 2020 when COVID-19 was characterized as a pandemic.

During the first quarter, variations in ship calls were marginal. The picture changed dramatically when countries started to impose economic and social restrictions and lockdowns. In the second quarter, the number of calls fell by 17%, or 95,206 calls less than the same period in 2019.

Considering the huge negative impact of the pandemic on almost all industries, it was no surprise that the port business was also hit hard.

Luckily, things have started to change.

When people started to stay at home, consumer habits have shifted. Social distancing and lockdowns killed the expenses for vacations or restaurants, so people started to lean towards physical goods. When the pandemic began to recede during the summer, travel restrictions were loosened, which allowed container shipping to get moving again.

Ports were ready, naturally. Since port services are qualified as “essential services”, firms could continue operations despite the shutdown of national economies. Their personnel was also considered essential workers, allowing them to participate in daily port operations.

The measures focused on containing the outbreak, safeguarding the health and safety of the port community, as well as maintaining port operations and business continuity. Ports adjusted their operations and altered their governance and communication practices. They intensified collaboration with users and stakeholders including to ensure a coordinated response. (Section 3.1 of the UNCTAD report explains how ports were able to overcome the negative effects of the pandemic in detail).

How positive is the situation?

Let’s take a look at the current situation for some ports:

The Port of Los Angeles, the U.S.’s busiest port reported the fourth-best year on record in 2020 as a surge in demand for goods ahead of the holiday season countered a Covid-19-induced plunge in volumes earlier in the year. The port handled a total of 9.2 million 20-foot equivalent units the whole year. In the week before Christmas, the port handled twice as much cargo as it did in the same week of 2019.

Another positive news from the US is that breakbulk volumes surged through Washington state ports during 2020, with high-and-heavy cargoes an outlier in terms of growth at the Northwest Seaport Alliance (NWSA) ports of Seattle and Tacoma and the Port of Longview benefiting from a diversion of wind energy cargoes due to the COVID-19 pandemic.

It seems like the ports of the US will keep doing better, because US retailers are projecting that imports in the first half of 2021 will increase 22.1 percent over the same period last year and, more importantly, that each month will set a new record for import volumes for those months.

As for Europe, although the Old Continent’s busiest container port of Rotterdam has not yet released its 2020 volume, the figures from other ports are very good. The two European ports which are about to join their forces have managed to do better in 2020, compared to 2019. Antwerp handled 12 million TEU in 2020, an increase of 1.3 percent year over year, and Zeebrugge’s volume of 1.8 million TEU was up 10 percent.

Exports from Bangladesh’s main seaport of Chittagong, on the other hand, have surpassed pre-pandemic levels, demonstrating the ongoing recovery in global trade. The port handled 61,209 TEU of laden export containers in January, compared with 52,000 to 55,000 TEU during a typical month before the outbreak of the pandemic.

Even though most ports around the globe seem to have survived the effects of the pandemic, it doesn’t mean that they don’t expect any challenges in 2021.

Results of a survey conducted by the British Port Association across 400 ports, harbors, and terminals that collectively facilitate 86% of the country’s shipping trade, show that after a difficult 2020, the ports expect another challenging year in 2021. 87% of the ports said that the pandemic had negatively impacted their customer activity in 2020. Over three-quarters of respondents stated that their revenue had fallen since this time last year. Yet, two-thirds of ports said they felt “somewhat confident” about the business outlook for 2021.

The situation in the UK has also to do with the uncertainties after the Brexit, of course. Nevertheless, some concerns are for everyone.

For example, the cost of shipping a container of goods has risen by 80 percent since early November and has nearly tripled over the past year, according to the Freightos Baltic Index. Plus, more than one-third of the containers transiting the world’s 20 largest ports last month failed to ship when scheduled, according to Ocean Insights.

“It’s crazy. Prices are at record highs. Multiple things are happening all at once,” told Phil Levy, an economist with Flexport, a San Francisco-based freight forwarder, to Washington Post. “People work off of expectations. But now there’s just so much uncertainty.”

Long story short, even though the latest figures seem quite positive, with this many uncertainties, it’s not foolish to question how sustainable the current situation is.