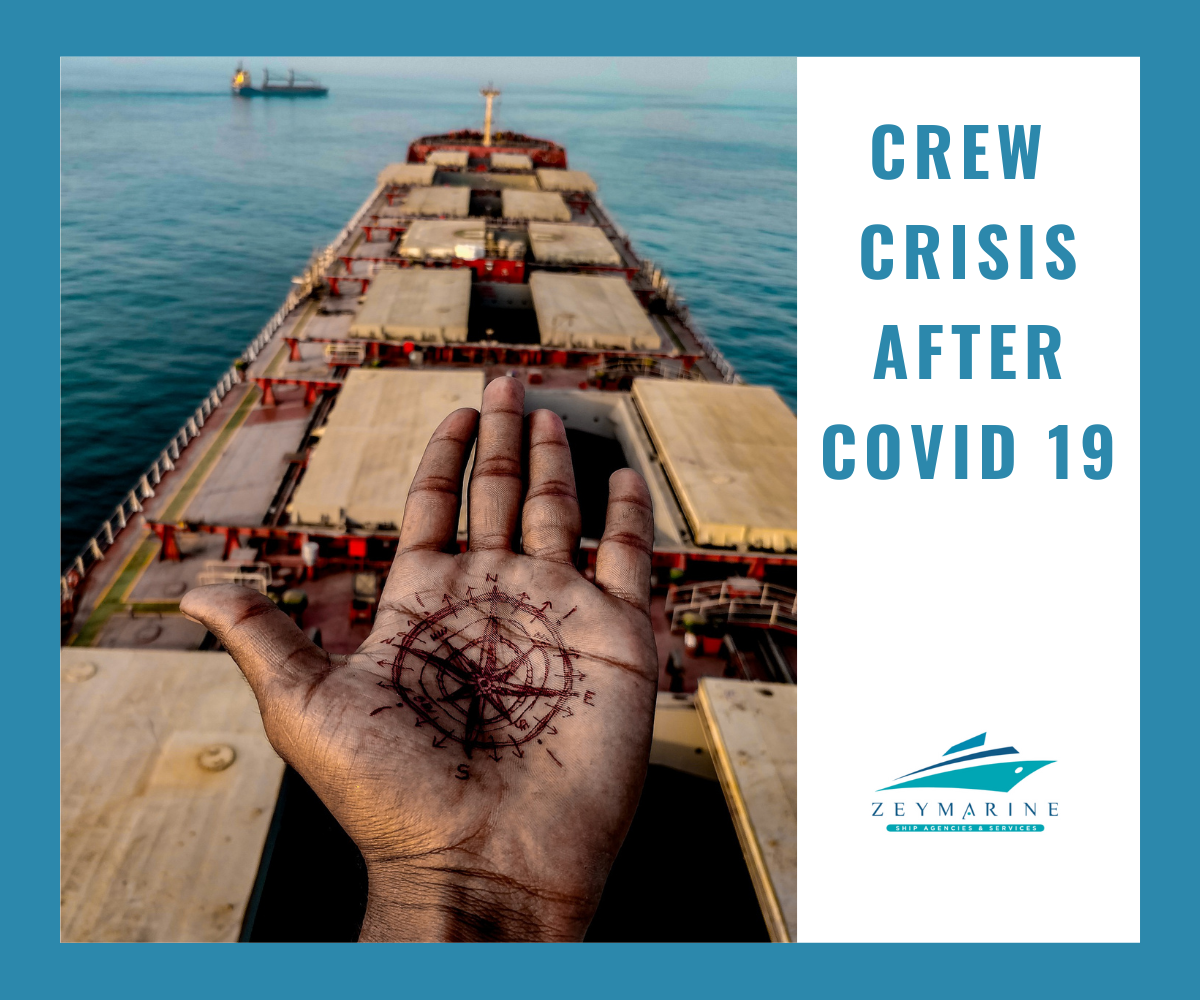 An increasing number of seafarers are quitting their jobs because of their working conditions during Covid 19.

If we look a the global workforce shortage and high turnover, we see that; Motivating and retaining seafarers are an important challenge among seafarers. The difficult working conditions during the pandemic increased the importance of this issue.

The crew health at sea was the top priority on ships. Thousands of seafarers stranded on board beyond the limits of their contract. They are unable to go home and reunite with their families because of Covid 19. Some sailors stated that this was the worst situation in the industry they had known in decades. The research conducted by Filistos ASCOT SA and its partners on 4,989 seafarers.

The results showed that; Job dissatisfaction and seafarers’ desire to find another job increased more than 7 times in 2020 compared to 2019. Let’s look at the reasons;

Term of service contracts: Seafarers’ contracts vary in length. They usually work on ships for four to six months, followed by a period of leave. But during the pandemic, these times could not adhered to.

Technology – communication: It is the most important issue that seafarers experience while on board. Communication by private organizations and technology providers with their closest relatives. In general, there were complaints about this issue before the pandemic. Now many psychological problems experienced as a result of its increase.

Increased workload: Crews work in 10-12 hour seven days a week shifts at sea. They need constant professional attention performing tasks. The number of crew on board decreased due to financial savings. The wages reduced due to different nationality standards. And tax plans triggered this issue even more.

Occupational hazards: Seafarers involved in the transport of high-risk materials. Such as flammable liquids, explosives, radioactive waste. They often work at height and engage in risky operations such as confined space entry, anchorage and drill. This creates chronic stress for seafarers due to the nature of their job. Staying in such an environment longer than limits causes psychological disorders.

So shipping was struggling to attract a skilled workforce. But the level of satisfaction of seafarers was reduced due to the negativities experienced during the pandemic period. This leads to high numbers of resignations.

“Retaining personnel at sea is becoming much more difficult than in pre-pandemic times. And an increasing number of seafarers are choosing not to return to active seafaring duty.“

Between 5% and 15% of seafarers decide to stay at home and wait for the pandemic or quit their job altogether. While this rate is low, it is alarming for these companies, whose pre-pandemic attrition rate is often 2% or less due to voluntary resignations. In general, it is thought to create a negative situation in the long run if conditions do not change very soon.

Managers and shipowners have expressed concern that senior officers who are more stable will decide to stay ashore. Or at least until the problems of the pandemic subside. This means that they will lose the experienced and professional crew they need at sea.

Also higher-than-normal attrition rates of young seafaring newcomers are another concern. The pandemic had affected the pipeline of students and trainees, which could have a long-term impact on the crew.

The maritime training institutes were in ‘isolation‘. And they are operating a far. Seafarers had to complete their practical courses. But they had to held on-site and were not able to complete their courses on time. Moreover, the officers who entered the exam system caught unprepared. Because the exam dates were uncertain. The recruitment of new trainees has affected by many visa-free countries.