Maritime Piracy in Africa: Its Roots and the Current Situation 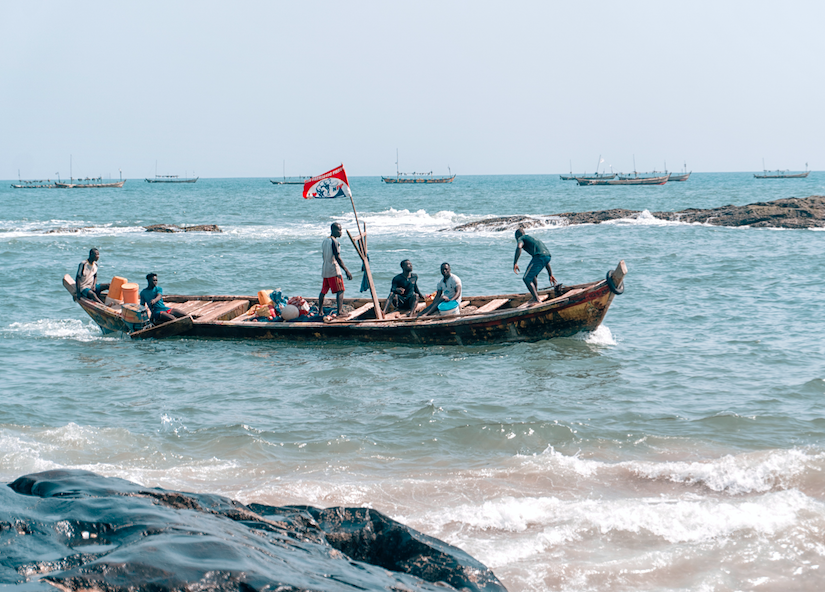 Maritime Piracy in Africa: Its Roots and the Current Situation

Africa, especially the Gulf of Guinea is the most dangerous sea in the World for piracy. Let’s a take look at the history of piracy in this region and around the continent.

On 23 January 2021, The M/V Mozart, a Turkish cargo ship sailing under a Liberian flag was attacked by Nigerian pirates approximately 98 nautical miles off the coast of Guinea. 15 Turkish sailors were kidnapped, and one Azerbaijani sailor was killed. Thankfully, Turkish sailors were freed on February 12th, two weeks after the attackers made contact to discuss a ransom.

This was the latest of the many pirate attacks in the region. Even though the figures, in general, show a steady decrease for the last decade, the Gulf of Guinea is still the most dangerous sea when it comes to piracy.

Last month, we talked about the root of the problem and what to do to solve it. This time, let’s take a closer look at the history of piracy in the region and the most significant pirate attacks across Africa.

Piracy off the coast of Somalia

Today, the industry’s biggest concern is piracy in the Gulf of Guinea. However, it was the coast of Somalia that had posed the greater danger starting from the beginning of the Somali Civil War (in the early 1990s) to 2021, when the problem was almost completely solved thanks to the adoption of better management practices by vessel owners and crews, armed private security onboard ships, a significant naval presence, and the development of onshore security forces.

Many pirates derive from the fisherman. This was exactly the case in Somali. In the early 1980s, the Somalia fishing industry was doing so much worse than its potential. Somali Ministry of Fisheries and the Coastal Development Agency’s development program and increasing foreign investments changed this. In less than a decade, fishing was a profitable industry in the country, and being a fisherman was now a popular career choice.

However, after the collapse of the central government in the early 1990s, the Somali Navy disbanded, leaving Somali territorial waters undefended. This allowed fishing trawlers to operate illegally on the Somalia seaboard and other ships to dump industrial and other waste off the Somali coast. As a result, the fish stock in Somalia collapsed. The local fishermen started to fight back to protect their source of income. The conflict between these parties escalated and weapons came into the game. The local fishermen who are now armed started to hijack foreign ships. It didn’t take long for them to realize that this new ‘business’ was so much more profitable than being a fisherman. What made piracy grow and turn into a new ‘industry’ was when some financiers and former militiamen started to fund pirates after they see how much profit was available.

It was profitable, indeed. The pirates who seized MV Feisty Gas, a liquefied petroleum gas tanker, were paid $315,000 in 2005. This encouraged a new attack on MV Panagia, a 22b,046 GRT bulk carrier with coal from South Africa to Turkey, which ended with a ransom of $700,000. When the Danish-owned cargo ship MV Danica White was hijacked and maneuvered into Somali waters in 2007, pirates made $723,000. Just four months later, pirates who hijacked MV Golden Nori, a Japanese chemical tanker, got $1,000,000. The highest ransom on record was US$13.5 million (then £8.3 million), paid in April 2011 to Somali pirates for the release of the Greek-flagged Irene SL, a Very Large Crude Carrier (VLCC), and her 25-member crew, after 58 days of captivity.

At first, the pirates were not harming their prisoners. However, this started to change and casualties increased rapidly. So did the number of prisoners who were abused and injured. Between 2006 and 2010, 62 people of the 3,500 captured died. In 2011 alone, nearly 4,000 seafarers were fired upon by Somali pirates, 968 of them faced armed pirates who managed to board their vessels, 413 of those seafarers were rescued from secured rooms on their vessels by naval forces. At least 1,206 hostages were held by Somali pirates, 35 people of whom died.

When both the humanitarian and the financial side of the problem got out of hand, the actors started to take anti-piracy measures more seriously. Patrolling by the navies of countries across the world, especially India, China, and EU Navfor Operation Atalanta, as well as steps like Somali Fisherman Registration Programme and the NGO Fairfishing allowed piracy attacks to decrease. Finally, by November 2017, there were no major vessels or hostages remaining in pirate captivity. As of today, we can safely say that no incidents of piracy have been reported around Somalia since 2018.

NATO Commander General John Caddock once said, “You don’t stop piracy on the sea, you stop piracy on the land.” This assertion proved to be true in West Africa. Since the problems that created pirates in Africa were not resolved, it didn’t take long for piracy to reappear. This time, in the Gulf of Guinea, off the coasts of Nigeria, Guinea, Togo, Benin, and Cameroon.

In 2017, a State of Maritime Piracy report by the watchdog Oceans Beyond Piracy warned against security complacency in the shipping industry. After five years without any hijackings off the coast of Somalia, the industry thought it was time to reduce the anti-piracy security spendings. However, there had been an increase in piracy activities on the other side of the continent during this period. One out of five pirate attacks were taking place off the West African coast. It was clear that the pricy was seeking to be reborn, this time in a different region. The decrease in security spendings allowed it.

In 2017, there were 21 pirate attacks in the Gulf of Guinea. The following year, there were 50. Even though 2019 was slightly better than the previous year, ICC International Maritime Bureau (IMB) figures showed a rise in piracy and armed robbery on the world’s seas in the first nine months of 2020. There was a 40% increase in the number of kidnappings reported in the Gulf of Guinea. Now, approximately 95% of global kidnappings are taking place in this region. Further distances off the West African coast are now the new hotspots for the pirates with guns and knives who aimed to abduct bigger groups of seafarers.

In November 2009, pirates hijacked the Liberian-flagged Cancale Star off Benin and killed a Ukrainian officer. The following month, The Ghanaian Navy intercepted the hijacked oil tanker African Prince a week after it had been taken. The pirates escaped; they had killed the ship’s chef. In February 2013, a Filipino crew-member was killed during the hijacking of a Marshall Islands-flagged chemical tanker, Pyxis Delta (owned by the UAE). Finally, on 23 January 2021, one Azerbaijani sailor was killed during the attack on The M/V Mozart, a Turkish cargo ship sailing under a Liberian flag, approximately 98 nautical miles off the coast of Guinea.

Compared to the casualties during the piracy off the coast of Somalia, these figures might seem small to some. However, IMB warns that pirate gangs in the area are very well-organized and targeting all vessel types over a wide range. This alone is more than enough to worry about. Adding to this that security spending in the region is not as high as it was in Somalia when the problem was at its peak, it’s clear that all the concerned parties, the States, NGOs, and the shipping companies should try harder in order to stop piracy in West Africa from following Somalia’s footsteps.