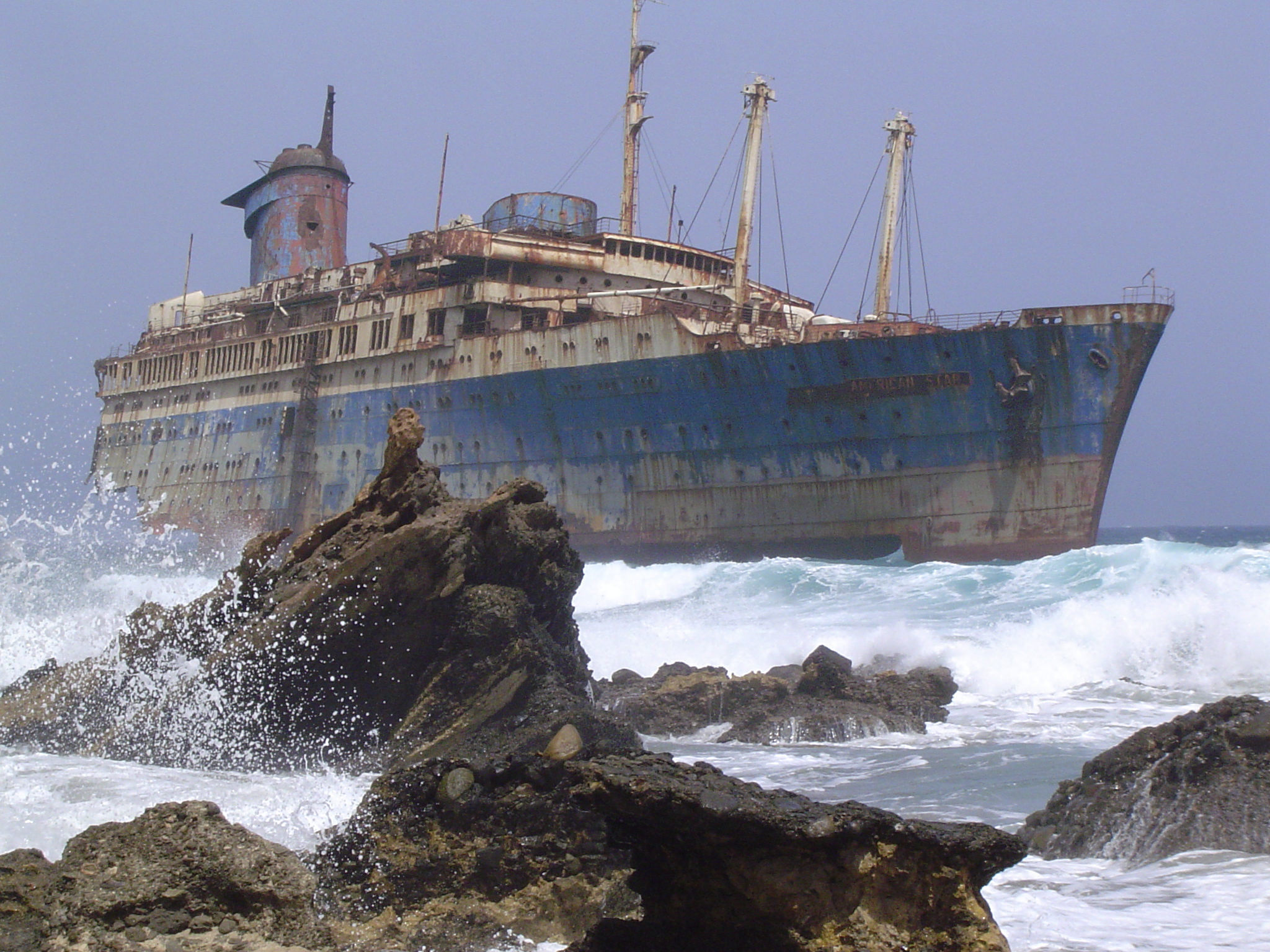 Unfortunately, many ships were sunk, foundered, or grounded this year in different parts of the World. Here are some of the most important incidents of 2020.

Loaded with 294,000 tons of ore, VLOC bulk carrier Stellar Banner left the port of Ponta da Madeira, Brazil, on February 24, bound for Qingdao. The ship reportedly suffered water ingress in a cargo hold or holds, with cargo deck partially under the water, on February 25, north of Sao Luis, Brazil. After remaining afloat with AIS on for one day, she was intentionally grounded to avoid capsizing and sinking, and thankfully, there was a suitable bank nearby.

The ship’s hull integrity in the fore section was compromised in two places when the ship was leaving port, according to officials. The list developed because of water ingress. She was grounded by Master while underway, so assumedly Master had saved the ship from sinking.

Luckily all crew members were safe and no water pollution has been reported. Declared a constructive total loss, Stellar Banner was scuttled 90 nautical miles (170 km) off the coast of Brazil on 12 June.

Naiguata (GC-23) was a 79.9-meter (262 ft) littoral patrol boat of the Venezuelan Coast Guard. Following its ramming of the polar ice-class cruise liner RCGS Resolute while in international waters on 30 March 2020, the ship sank, but its crew was rescued by the Venezuelan Navy.

RCGS Resolute’s owner claimed the Coast Guard ship had fired shots and ordered the cruise ship to follow it to Margarita Island, a Venezuelan harbor. Venezuelan President Nicolas Maduro, on the other hand, accused the captain of the cruise ship of piracy and terrorism, saying RCGS Resolute was “carrying mercenaries to attack onshore military bases.”

IRIS Konarak Struck by a Missile

Konarak‎, a Hendijan-class support vessel of the Iranian Navy, was struck by a missile fired from the Iranian frigate Jamaran in a friendly fire incident during training on 10 May 2020. Official Iranian news agency initially reported one fatality in the incident, but this was later revised to 19 killed and 15 injured.
Footage published by the Iranian State TV showed the ship down heavily by the bow with its superstructure devastated and smoke visible from fires.
The reports suggest that the missile may have automatically locked onto Konarak as the largest target or else been set as the target by human error.

The Japanese bulk carrier Wakashio ran aground on a coral reef on 25 July 2020. The MV Wakashio oil spill occurred offshore of Pointe d’Esny, south of Mauritius. The ship began to leak fuel oil in the following weeks, and by 10 August, about 1,000 metric tons of fuel had spilled, with estimates of the remaining oil on board ranging from 2,500 to 3,000 metric tons. The ship broke up on 15 August when there were still 166 tons of fuel inside.

Although much of the oil on board Wakashio was pumped out before she broke in half, an estimated 1,000 tonnes of oil spilled into the ocean in what was called by some scientists the worst environmental disaster ever in Mauritius.
According to investigators who conducted interviews with crew members, the crew had been celebrating the birthday of a sailor on board the ship at the time of the grounding, had sailed near shore for a wi-fi signal. However, local police denied reports that the ship had sailed close to land seeking a Wi-Fi signal, saying that looking for a phone signal would not have required sailing so close to land. The ship then failed to respond to warnings of the errant course. The ship’s captain, Capt. Sunil Kumar Nandeshwar, 58, an Indian national, and deputy captain outsourced by HK ship management company Anglo-Eastern were arrested on 18 August on suspicion of negligence in operating the vessel.

2020 Beirut Explosions damaged a total of 13 ships.
The Orient Queen cruise ship was berthed near the explosion site and was badly damaged to be capsized subsequently. Two crews were killed and several people were injured.

The Castle-class patrol vessel BNS Bijoy was also damaged in the explosion and twenty-one sailors were injured.
The cargo ships Raouf H. and Mero Star were also severely damaged but with no casualties thankfully.

Abou Karim I, II, and III, Amadeo II, Baltagi 17, 19, and 20, City of Rome, DPS Tramontane, and Jouri were the other ships that were affected in the explosion, most of them being severely damaged.

The Panamanian-registered livestock carrier Gulf Livestock 1 sank 100 nautical miles (185 km) west of Amami Ōshima Island in southwest Japan on 2 September 2020 due to Typhoon Maysak.
Owned by the UAE-based Gulf Navigation Holding shipping company, the ship was carrying a cargo of 5,867 live cattle. She left Napier, New Zealand on 14 August, and was scheduled to arrive in the Port of Jingtang, Tangshan China on 3 September 2020.

The ship’s sole main propulsion engine failed during rough seas caused by Typhoon Maysak, and the vessel later capsized after being struck by a wave. Eventually, it sent a distress signal from the East China Sea west of the Japanese island of Amami Ōshima on 2 September 2020 at 1:40 am JST (4:40 pm 1 September UTC).

Out of 23 crew members on board, a Filipino crew died in the incident. The 22 other crew members were successfully rescued.
The fire that started in the engine room ended up burning the ship intermittently for almost a week and was extinguished by 11 September.