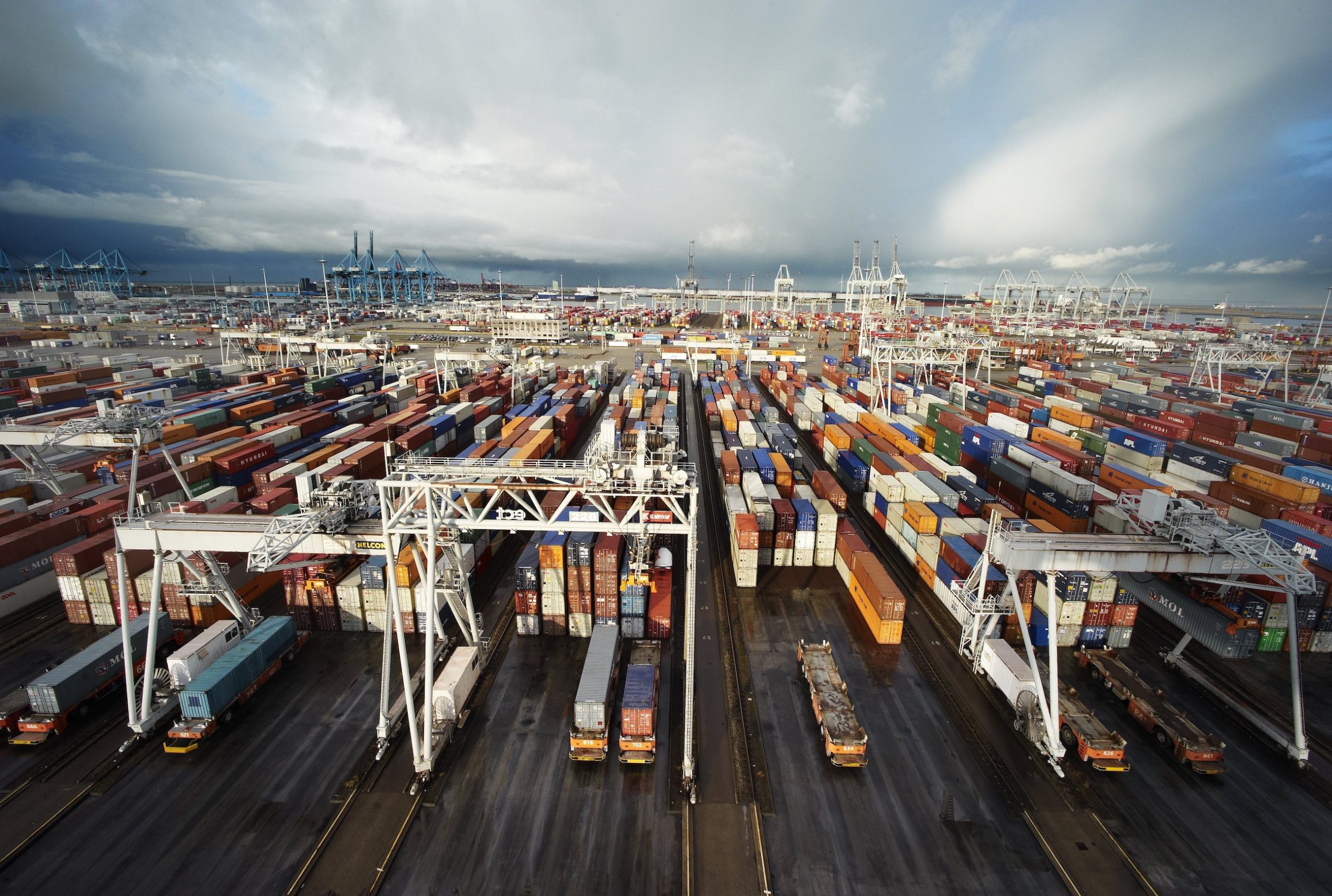 Here are the top 10 biggest ports in the world, considering their size, cargo handling capacity, and the container traffic passing through them together.

After having served as the largest port in the world for 42-years between 1962 and 2004 before it was surpassed by Singapore and Shanghai, The Port of Rotterdam is still the biggest port in the European continent. It is also the deepest port in north-western Europe and allows deep docking of ships.
It’s founded on a huge area spanning over 100 km². It can safely handle 441.5 million tonnes of cargo. It is the main reason that the city of Rotterdam has developed this much. PoRA the outstanding port authority of Rotterdam, owns, manages, and operates the port.

For all kinds of agency services including but not limited to protecting, technical, husbandry, cruise as well as survey and hold & tank cleaning services in Port of Rotterdam, you can contact Zeymarine Ship Agencies & Services’ Rotterdam office.

The Tianjin port in China is the third-largest port in China and the single-largest port in the Northern part of the country. Constructed at the outlet of a North China river named Haihe River, the port can handle cargo of about 476 million tonnes at a time, with a low value of a number of standard TEUs dimension containers of 16 million containers can be transported.

Operated by the Tianjin Port Group of companies, the Port of Tianjin has a combined area of land and water of 131 km² and 336 km² respectively to serve as an interconnector between 500 ports of about 189 countries.

The Port of Qingdao provides for the province of Qingdao, China, located by the River Yellow. Known as the largest iron ore port, the port of Qingdao is famous for its handling ability of bulk carrier (dry-bulk) vessels, and its handling figures, exceeding 18 million TEUs (Twenty-foot Equivalent Units).

The port is managed by a state port group named Qingdao City Port Group and is self-sufficient in handling cargo of about 400 million tonnes or even more. Even though it ranks only eight in our list, it still is the largest Chinese port for crude oil transportation.

The Port of Hong Kong serves the South China Sea and it’s a pivotal factor in the advancement of the Hong Kong province. It may not be the biggest port in terms of the size of the area on which it is built but the Port of Hong Kong is still one of the busiest ports in the world, in the three categories of shipping movements, cargo handled and passengers carried.

The key factor in the economic development of Hong Kong, natural shelter, and deep waters of Victoria Harbour provide ideal conditions for berthing and the handling of all types of vessels. As a result of this, the Port of Hong Kong recorded a TEU-handling of just over 20 million last year.

Catering to the South Korean city of Busan as a leading contributor to its economic activities, the Port of Busan features sixth in our list. Just like the Port of Hong Kong, it’s so much busier than its size might suggest.
Situated at the Naktong River, the Port of Busan forms a major commercial getaway between the Pacific Ocean and the countries belonging to Eurasia. Its container handling touches figures over 21,6 million TEUs, making it a veritable challenger to its other Asian counterparts, in the years to come.

The largest port in Southern China, the Guangzhou port enjoys connectivity with more than 300 ports in almost 100 countries. It’s a primary port for general transit and core shipping activities carried out in the surrounding provinces along with helping marine activities in the delta of the River Pearl.
The port of Guangzhou can handle cargo of even more than 460 million tonnes which allows it to be the mainstay for the industrial belt found in the Guangxi, Yunnan, Hunan, and Jiangxi regions. The port recorded a TEU-handling of almost 22 million last year.

Even though the Port of Ningbo has a slightly less handling capacity than the Port of Guangzhou (453 to 460 million tonnes of cargo), it still managed to handle more than 26 million TEUs last year. Since it was formed as a collaborative venture between the Ningbo port and the Zhoushan port, when it comes to its size, the Ningbo-Zhoushan Port is the second-largest marine port in the world.
Operated by Ningbo Port Group, its main port areas are of Beilun, Ningbo, Zhenhai, Chaunshan, and Daxie. The Port of Ningbo comprises 309 berths which interconnect a huge number of ports (about 600 ports in all) among 100 countries.

3. The Port of Shenzen

The Port of Shenzhen is a collective name of several ports at the coastline of Shenzhen, Guangdong Province, China. Together, they form one of the busiest and fastest-growing container ports in the world.

With its 140 berths, The Port of Shenzhen mostly caters to industrial units and companies situated on the delta of the River Pearl. It is the second most-engaged shipping ports in China, especially in the Southern part of the Chinese mainland. It handled almost 30 million TEUs last year.

2. The Port of Singapore

The Port of Singapore was rated as the world’s largest port until 2010 and now holds the second place in the category. It is connected to over 600 ports spread around more than 100 countries. In terms of its handling, the ship port handles a fifth of the global cargo containers and is responsible for the transit of nearly 50% of the global crude oil supply. It was ranked as the top maritime capital of the world three times in a row between 2015 and 2017.

The cargo handling capacity of the Port of Singapore is about 537.6 million tonnes. Annually on a total, about 140000 vessels are received by this port. Last year, its handling figures exceeded 36 million TEUs.

For all kinds of agency services including but not limited to protecting, technical, husbandry, cruise as well as survey and hold & tank cleaning services in Port of Singapore, you can contact Zeymarine Ship Agencies & Services’ Singapore office.

With its five working areas in total, the Port of Shanghai became the biggest port in the world, surpassing the Port of Singapore in 2010. The port has a capacity of handling cargo of about 744 million tonnes, which allowed it to handle more than 40 million TEUs in the last three years consistently.
Owned by the International Port Group in Shanghai (SIPG), the Port of Shanghai is operating at an area of 3,619 km² at the delta or convergence of the Yangtze River. It involves the three most important container port areas within it located at Wusongkou, Waigaoqiao, and at Yangshan with a total of 125 berths.

A quarter of International trade from China is carried out from the Port of Shanghai. Moreover, an average of 2,000 container ships is served by this port each month.