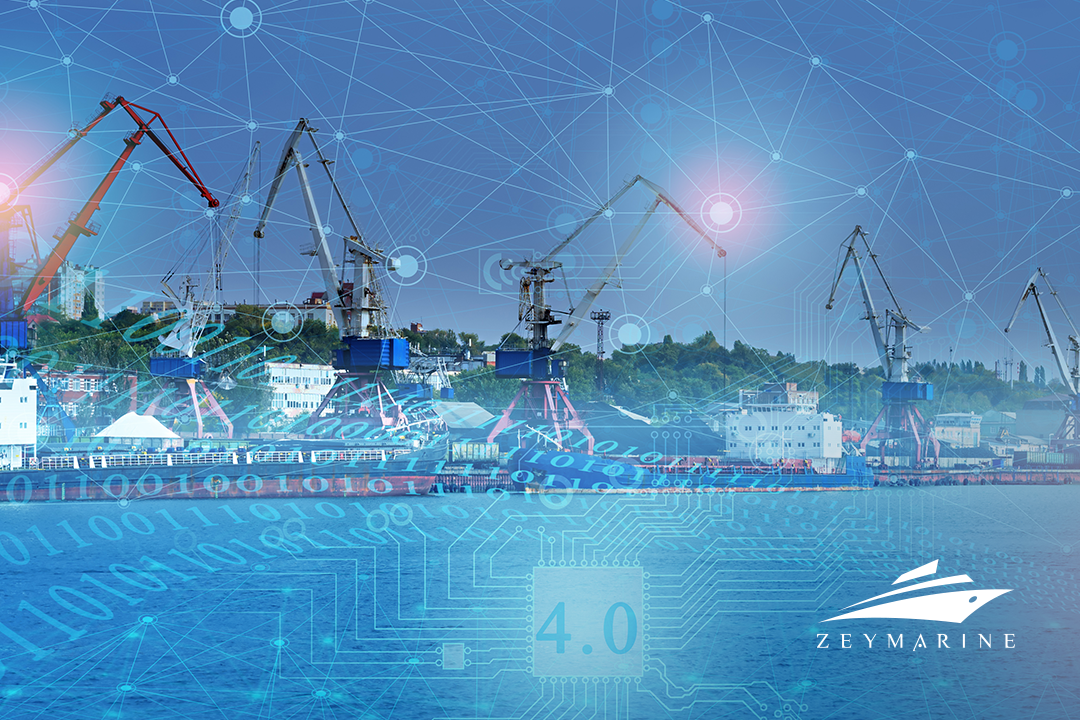 What are those technologies that make ports more innovative and efficient? Here are some examples from the leading ports in the world.

Innovations in Port of Rotterdam

The Digital Twin, an entirely digital version of the Port of Rotterdam, is one of the most valuable driving forces of the success of the largest European port. It gives professionals insights into how equipment in the port operates with one another.

Digitalization renders it possible for autonomous ships to be received by the port.

Innovations in Port of Hamburg

The second largest port in Europe and the largest port in Germany as well as the leading port for trade in China, the Port of Hamburg has idiosyncratic innovations in port technologies.

With the help of the IoT Project, they can track different kinds of pollution and take action against it.

One of the issues that they put emphasis on is water acoustics. Their developing technologies aim to solve the problem.

Weather sensors are placed all over the port.

Maintenance is performed with IT systems that make it possible for stakeholders to see operations from the monitor.

Innovations in Port of Antwerp

Since 1811, the Port of Antwerp has been amongst the most important ports in Europe. Now it is the largest in Northern Europe in terms of cargo volume and targets nothing but to become the most sustainable port.

As distinct from other ports, Port House, a government building situated within the boundaries of the port, operations are carried out fastidiously. Besides, it helps embellish the look of the port.

High security and labor safety are always on top of the order of precedence. Expansion and construction are being performed under the latest technological developments that ensure safer conditions. They put employees at the centre of their strategy.

They not only care about human life but also nature. All of their projects are conducted under the low carbon 2030 circular economy initiative. Besides, they keep track of the United Nation’s 2030 sustainable development goals.

Innovations in Port of Singapore

All the intentions of the Port of Singapore are concentrated on the Smart Port strategy. The Tuas Megaport, estimated to launch in 2040, is planned to be the first fully automated port in the world and also the largest container terminal in the world, with a total capacity of up to 65 million TEUs.

Intelligent control systems and sustainable technology will become the main element of the facility. Unmanned vehicles will make port operations safer than ever yet brand new job opportunities will also become available.

Integration of everyday life on the port is one of the other intentions. As the project concluded, they want to have an area for people to visit and get a kick out of wandering.

Innovations in Port of Shanghai

The world’s busiest and largest container port is obviously no exception for smart port technologies. Yangshan Deep Water Port, situated inside the Port of Shanghai, is the largest automated container terminal with automation applied to cranes, trucks, and vehicles.

In the port, a 5G network is used.

Considered one of the most technologically advanced ports in the world, the vessel traffic management information system comes into prominence.