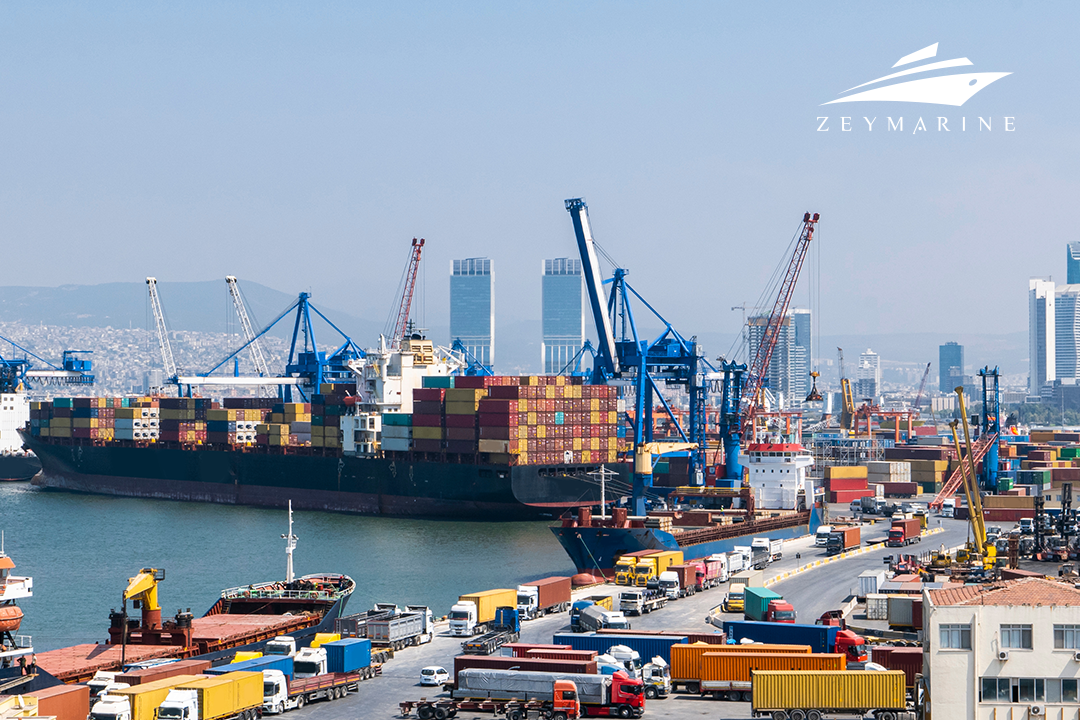 In recognition of its coastal length, Turkey is one of the leading countries in the world. Due to its geopolitical characteristics, the sea route is consequential for Turkey in freight and passenger transportation. If we include all types of ports such as marinas, cargo ports etc, there are more than 180 ports in the country. But which are the largest? Let’s dive in.

Kocaeli, also known as İzmit, is the production base of the Turkish industry but is also one of the most important port cities in Turkey and Europe. Port of İzmit hosts 35 facilities ranging from different scales. Regarding handling, İzmit is the seventh largest European port with 72 million tons.

Located in the east of the Sea of Marmara, the Gulf of Izmit has a substantial role in distributing the goods produced in the industrial establishments around the region to the world.

An active centre of trade ever since ancient times, İzmit annually hosts an average of 10 thousand ships a year in the ports.

Port of Haydarpaşa is a fraction of the beauty in İstanbul. It is an inescapable landscape on ferry routes and an inseparable part of the Bosphorus. After Ambarlı, it is the largest port in İstanbul with six million metric tons of cargo annually. It serves as a cargo seaport, ro-ro and container terminal.

The building of the port was started in 1899 by the Anatolian Baghdad Railways Company. Since 1924, it has been under the control of the Railways Administration.

There are also some endeavors expected to be finalized by 2023 for the Port of Haydarpaşa to be more environmentally friendly and sustainable.

Port of Trabzon is located on the world’s largest inland sea of Black Sea coast and has an important role in transit trade to Iran and Iraq and is a Free Zone area.

It is the largest port in the Eastern Black Sea Region with an annual capacity of 5 million tons and a storage area of 3.5 tons. Annually, approximately 650 vessels visit the port.

Located in the Derince district of Kocaeli, the port started operating in 1904 after it was built by the Anatolian Bagdat Railways Company in 1900.

The port is one of the valuable parts of the economy due to the titulary of the import and export gate of the Izmit Industry hinterland. It has a pier length of 1992 meters and an annual ship capacity is 862 tons. The port also has advantages geographically as it is close to the region where the automotive industry is located. 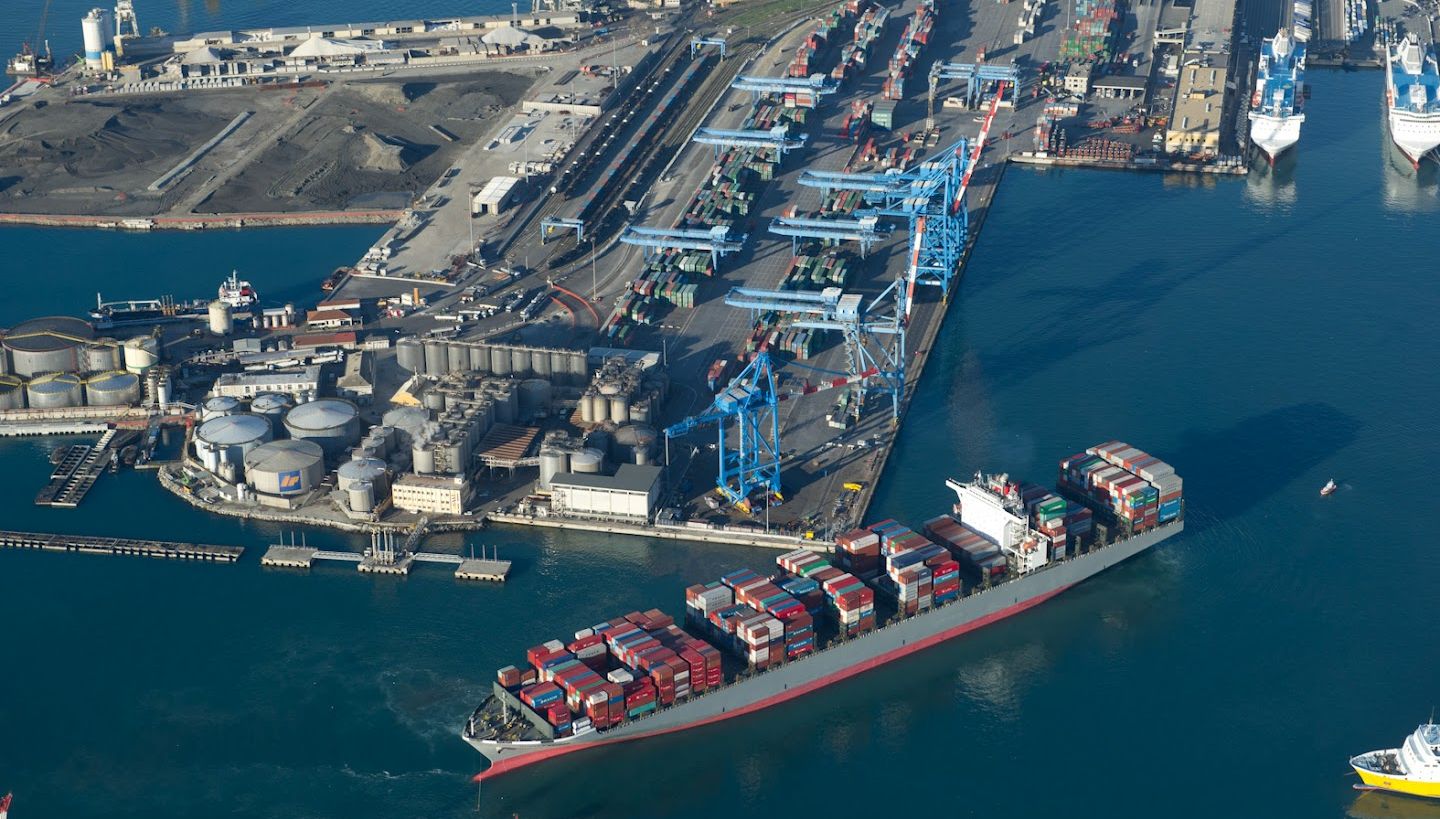 Also known as Port of Alsancak and located in the Gulf of İzmir.

Historically, İzmir was always an important city for trade. In the Ottoman era, İzmir was an important port and the first quay was constructed in 1869. However, the modern version of the port was opened in 1959. Today, the Port of İzmir is one of the most developed ports.

It has a pier length of 2959 meters and has a capacity of more than 3500 vessels that can arrive per year. 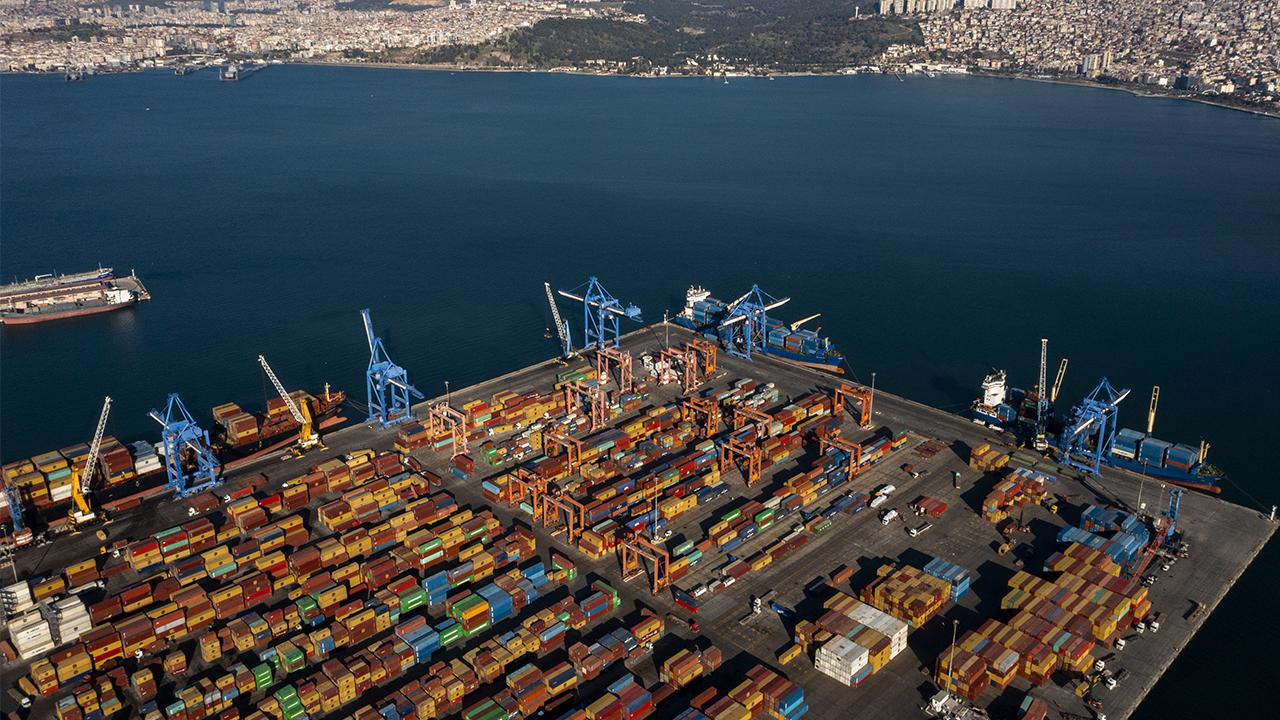 Situated at the central part of the Black Sea coast, Port of Samsun plays an important role in import cargoes and transit traffic to Iran as well as Ro-Ro lines between Turkey and northern countries thanks to its ideal location.

İskenderun Harbor is located in the Mediterranean Sea. At first, its project was planned in line with Ottoman Empire’s demand yet due to the complications arising from the First World War, intentions fell into abeyance. It was the French government that built the very first inner harbor during the occupation years. After the proclamation of the Hatay Republic and later merging with Turkey, the Turkish government seized power over the port. Since then, plenty of enlargement occurred at the port.

Today, it has a quay length of 1,426 meters and an annual acceptance capacity of 640 ships. 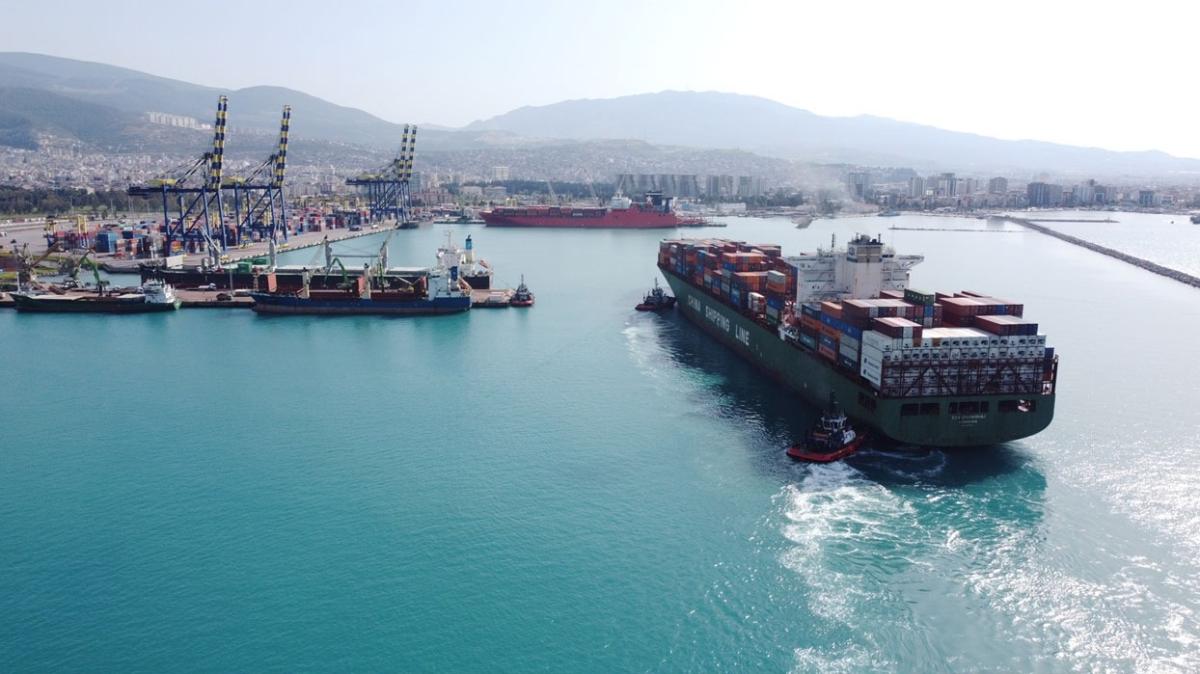 Bandırma has a historical significance on trade and the original port dates back thousands of years. The modern version of the port, however, became operational with the Municipality Pier built in 1924. The peculiarity of this pier is that it was built for the first time in Turkey with a concrete block system made by a Turkish Engineer called Reşit Bey.

One of the largest ports in Turkey, Port of Mersin is the main gateway of Turkey to the Mediterranean Sea.

Mersin was always at the forefront because of the need for cotton export. Thus, it is not surprising that throughout history there were lots of enterprises that attempted to build a port in Mersin. However, turbulent years in the country led to postponing the materialization of the build of the port. Finally, the first pier was put in use in 1958 and the last one in 1961.

Today, it has 21 berths and the port can provide cargo loading and unloading services to 30 ships. The annual handling capacity is 9 million tons of bulk cargo and 2.6 million tons of containers.

In terms of container volume, Port of Ambarlı is the largest port in Turkey and in terms of cargo tonnage it is the fifth largest.

The first privately owned port in İstanbul, Port of Ambarlı has a hinterland of Istanbul and Marmara Regions and is also a transit port for cargo going to Black Sea ports. Ships with more than 300 meters in length can be inbound in the Port of Ambarlı.

How to Achieve Zero Emission and Greener Solutions in Shipping?
July 18, 2022
Go to Top