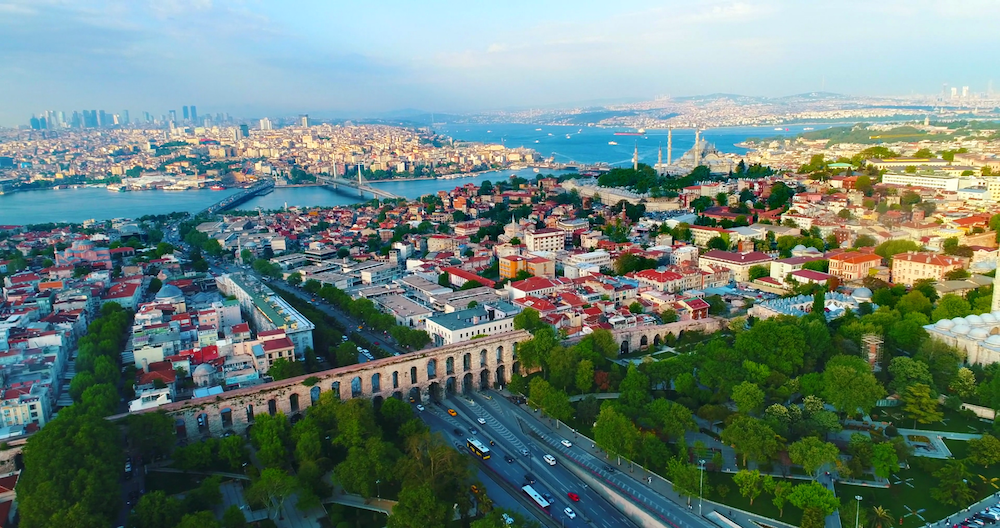 December 4, 2018 In Information By Zeymarine

In the words of Russian lawyer Frederich de Martens, “Turkish Straits” define the region which consist of the Bosphorus, the Sea of Marmara and the Dardanelles. It covers 164 sea miles long two straits and an inner sea. The strategic importance of the straits as the only waterway connecting the Black Sea to the Mediterranean is indisputable. The Turkish Straits also play an important role in the economies of the Black Sea coastal countries. Another feature of the Turkish Straits is that it is one of the most challenging waterways in the world.

It is necessary to change the route 11 times to pass through the Dardanelles and 12 times to cross the Bosphorus.

Two straits most probably would be the shortest land distances for an “International Water”, especially Bosphorus. Vessels’ passages are planned by VTS center controlled by Coastal Safety.

The Bosphorus passes through the Istanbul metropolis with a population of 18 million, with a history of 3000 years. The strong currents, sharp turns and variable weather conditions in the Bosphorus can make navigation very difficult which clearly defines the reason of accidents.

There are two main currents in the Bosphorus:

According to the meteorological data, the number of stormy days in the Bosphorus is 25 per year. The most stormy month is December. January and February are also from stormy months.There are sharp turns up to 80 degrees in the Bosphorus. Convert to 80 degree turn at Yenikoy point. The South-North axis, which has an angle of approximately 22 degrees to the North, has 11 more turns than the Yenikoy turn of 80 degrees.

The Sea of Marmara is an inner sea. Its deepest place is 1258 m in the middle pit at Marmara Ereglisi. In the North, there are three deep depression in the East-West direction with a depth of 1100 Meters, 1390 Meters and 1240 Meters, respectively. In ancient times the name of it was Propontis.

Dardanelles; It is less indented from the Bosphorus. It is twice the length of the Istanbul Strait. Here, the deepest place, as in the Bosphorus, at the same time the narrowest place is between Kilitbahir and Çanakkale. The width is 1400 meters and the depth is 109 meters. 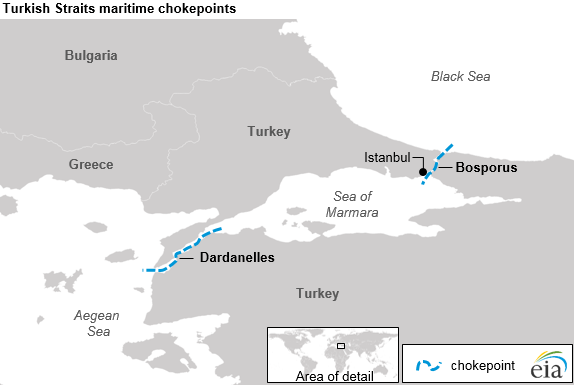 Dardanelles; It is less indented from the Bosphorus. It is twice the length of the Istanbul Strait. Here, the deepest place, as in the Bosphorus, at the same time the narrowest place is between Kilitbahir and Çanakkale. The width is 1400 meters and the depth is 109 meters. The length of the Dardanelles is 37 sea miles. So, the deepest place is almost the same depth as the Bosphorus. There is a 40-50 cm difference between the Marmara side and the Aegean side in the Dardanelles Strait. Due to this difference, the waters of Marmara flow to the Aegean Sea. The bottom flow consists of a density difference and vice versa; yet, the velocity and flow rate of the bottom flow are one-third of the surface stream.

The dominant wind during the summer months in the Dardanelles is Northerly winds. Hard North Eastern winds continue until mid-September. Thus, it is quite challenging to pass the Dardanelles in summer.

For source and credit of aerial photograph: NASA