Why Do Ships Move Slowly? 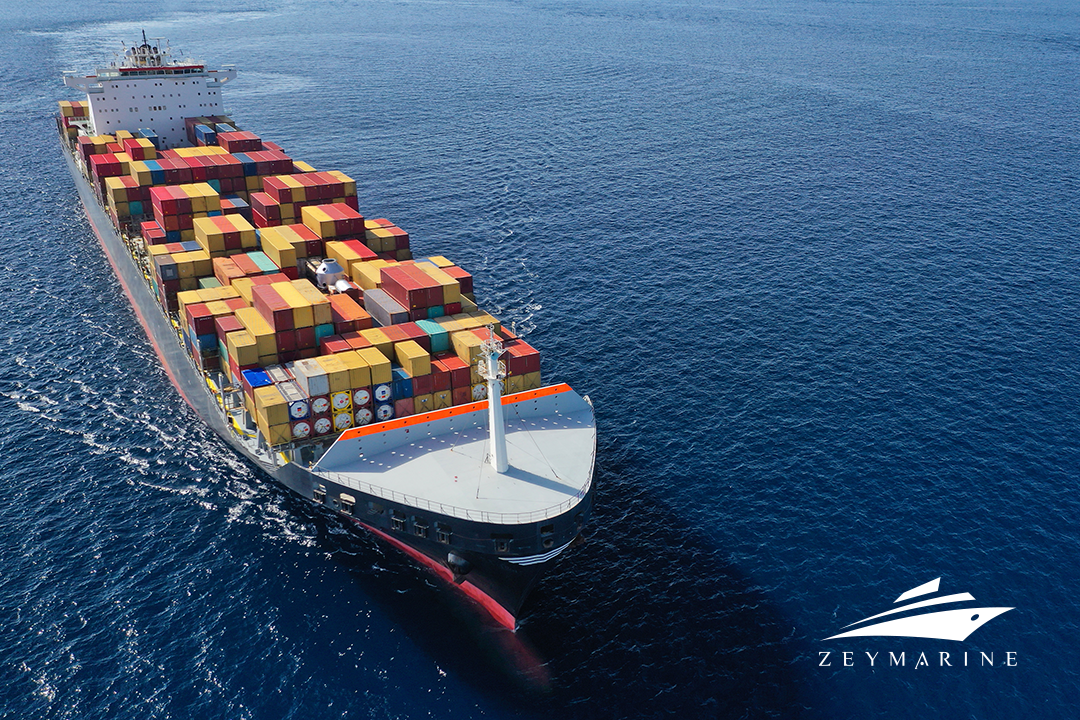 The vast majority of shipping is made by ships. Ocean shipping lanes are hosting numerous ships every day, travelling from one to another. According to the International Chamber of Shipping, more than 50.000 merchant ships are out in the ocean. Even though maritime shipping is the most common way for goods to transport, it takes more than weeks for ships to cross oceans. On the other hand, it needs only several hours for an airliner to cross the same amount of distance.

In comparison with land or air transportation, maritime transportation is much slower. However, some container ships can have up to 100,000 HP range. So why are ships so slow? Let’s dive in.

Horsepower, a unit of measurement of power, was first introduced by Scottish engineer James Watt who also has remarkable additions to steam-power engines. 1 horsepower equals 735.5 watts. As a trivia, actually, horsepower is not equal to the maximum power production of a horse but the amount of power that a horse can sustain for an extended period of time. Mostly, an average horse is capable of producing a maximum of 15 HP.

If you look at average cars, they push around 100 HP. As Newton’s Second Law of Motion (Force = mass x acceleration) mentions, the acceleration caused by force, for our scenario the engine power which has the unit of HP, is inversely proportional with the mass. Even though ships have roughly a hundred times more productive engines, they weigh hundreds of thousands of tons more. Thus, due to the horsepower/tonnes ratio, the acceleration of ships is much more insignificant than that of cars.

Other phenomenons which caused ships to move slowly are terminal velocity and drag.  Because of moving on water, ships have to face greater resistance. If the drag force, which is the force acting opposite to the relative motion of any object moving with respect to a surrounding fluid, becomes less dominant to the resistance forces then the ship reaches its terminal velocity. For huge cargo and container ships, terminal velocity becomes visible at relatively low speeds. The drag force is proportional to the cross-sectional area. That is why ships with fewer drafts can go faster.

Additionally, there are numerous reasons that cause ships to slow down such as water and air resistance, emissions, weather conditions, fuel efficiency and canal passes.

Today, average container ships navigate between 16 to 24 knots. However, in order to cut down fuel consumption and carbon emissions, companies can adapt and deliberately decrease the average velocity of the vessel.

Operations at top speed not only cause greater fuel consumption but also more influence on carbon footprints. When the regulation on greener shipping is considered, slow steaming comes into prominence amongst creative solutions. The major benefits of slow steaming are also improved reliability and efficiency.

Nevertheless, there are some issues and concerns about slow steaming that should not be overlooked such as technical challenges like insufficient heat from the main engine for fresh water generation or fouling of the turbochargers and increasing risk factors like scavenge fires.

On 1 November 2022, the International Convention for the Prevention of Pollution from Ships (MARPOL) Annex VI entered into force. According to the new regulations, from 1 January 2023, it will be mandatory for all ships to calculate their attained Energy Efficiency Existing Ship Index (EEXI). For regulatory compliance, shipowners should adopt slow steaming or make modifications to marine engines. You can further read from the article of IMO. 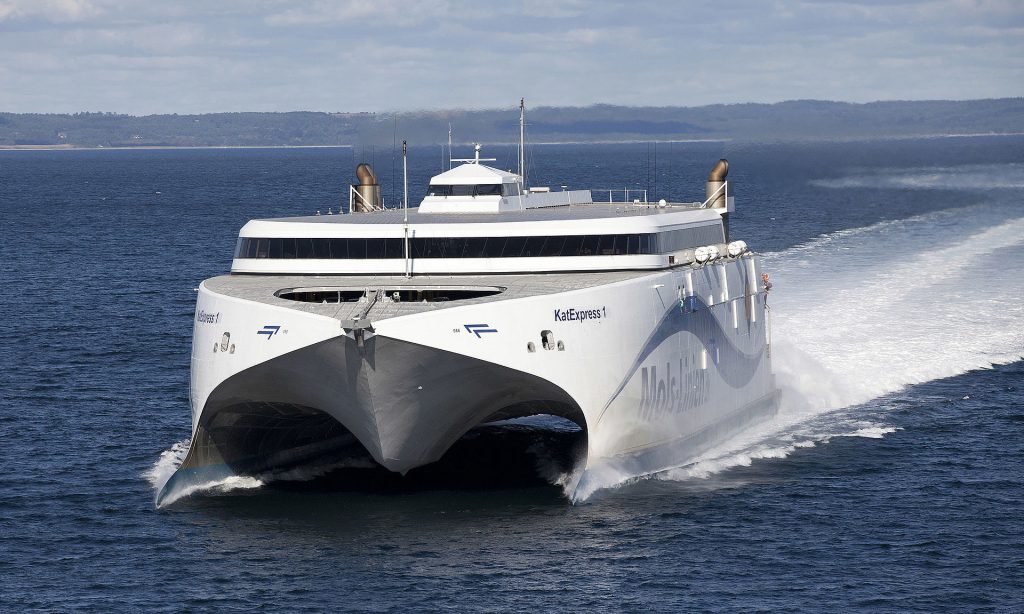 As drag equations refer, multihull vessels tend to sail faster than monohulls. So, it is no surprise that the fastest passenger ship in service, HSC Francisco, is a catamaran. Catamarans are known for their capabilities to reach higher speeds and are favoured in the industry. Powered by liquefied natural gas, HSC Fransico has a maximum velocity of 58 knots. Transverse stability and less buoyancy bring about less carrying capacity for catamarans. That is why they can only use for passenger ships with some exceptions

The fastest container ship on the service as of 2022 is Maersk Boston with 36.5 knots. It was the first  B-class fast container ship built to travel between the US and China. She has a capacity of 4,000 containers or 4,196 TEU.