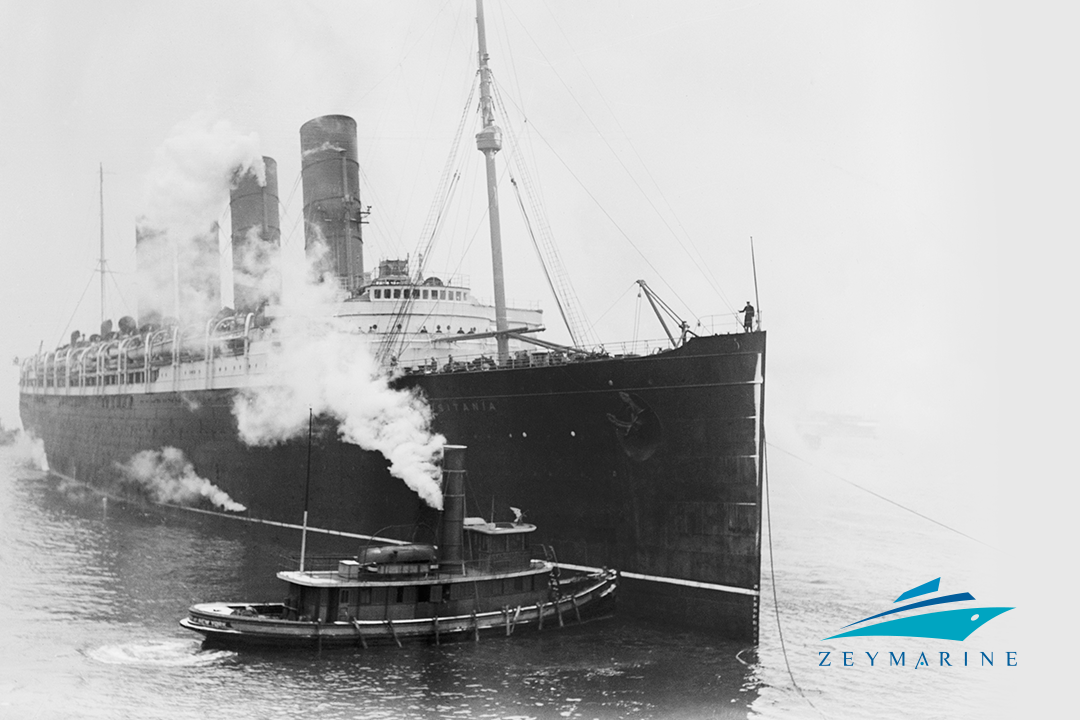 Have you ever felt the sense of fiction coexist inside you with your common feelings? Dramas that can not erase from your head or funny lines which laugh inside you throughout the day. When the popular series “1899” hit the streaming lines for the first time, it was the beginning of another reality start somewhere for many people.

Thanks to the drama, we can now conceive of being on an ocean liner in the late 1800s. Even though it is a fictional drama, the series also contains parts of reality on conditions and interpretation of immigration journeys to the USA as well as maritime history.

So, let’s wind back the clock and become a passenger on a steamship on a voyage in 1899. Here is a look at a typical maritime journey about 120 years ago.

The industrial revolution changed the look and mechanism of things in everyday life and consuetudinary norms blew up. In the early 18th century, steam engines and screw-propeller steamers were integrated into ships. On June 20, 1819, the first sidewheel steamer ship crossed the Atlantic Ocean and arrived at its final destination, Liverpool, England. Her name was SS Savannah, and most of the voyage was actually made by wings. However, with the help of a hybrid sailing ship/sidewheel steamer, SS Savanna turned over a new leaf in maritime history. Later, it would be described as a ‘major driver of the first wave of trade globalization.

Sirius was the first ship to cross the Atlantic using steam power. When she finally arrived in New York, the passengers were worn to a frazzle and shattered yet proud. They were part of history.

As for 1899, steamships were hot favourites. Since the world’s first screw propeller-driven steamship, SS Archimedes, it was the most common vessel class for ocean-lining voyages. If you were a passenger in 1899, you would be inside a steamship with a triple expansion engine.

It was taking around five days to make Transatlantic voyages at the time. Brand new gigantic steel hulls capable of transporting up to 2,000 people which surpassed wooden vessels, could reach 20 knots in the early 1900s.

Between 1870 and 1900, around 12 million arrived in the USA. Many of them were from the ‘Old World, mostly from Europe. So why did European people leave their homeland?

As you can imagine, the economical conditions in Europe were not roseate. Job shortages were rising, famine was widespread and cities were no longer safe. Also, crop failure and taxes were making lives unendurable. For some, the solution was obvious, immigrating to the United States.

In the late 1800s and early 1900s, most of the European ports above the Atlantic Ocean were full of people with high hopes and expectations. Families gathered around and were a blessing for a safe voyage as well as brownstone life in unknown lands. Most of the immigrants were heading to New York. Approximately 70 percent of the ships landed in New York City and then sometimes travelled to other parts of the country by crossing the “Golden Door.”

Mostly, the accommodation in steamships was separated into three. The first class segment was the most prestigious one and the time passing there was full of joie de vivre. However, being in the third-class segment was not that welcoming.

Of course not all people and ships are identical. Nevertheless, most of the diaries written in the third segment indicated that life onboard was only joyful for the ones who were wealthy. For days, people in the third segment had to live in tiny rooms while bed bases like sardines in a tin box fulfilled the rooms.

Upper-class passengers had umpteen entertainment materials onboard. There were plenty of concerts, variety shows and social events that took place in the large balls.

You may wonder how often the passenger can provide personal hygiene on steamboats in the late 1800s. The answer might not be discontent unless you were not a first-class passenger. Thankfully, there were unstained, up-to-date bathrooms and sometimes even hairdressers were available on ships. In 1905, laundry was also integrated into ships.

Life onboard used to look like life on the soil. All the trials and tribulations were visible in social life. Some were eating blanquettes de poulet aux champignons and roast turkey; some were eating what they got. Some were in the chamber to listen to violins; some were trying to be alone to get rid of others’ stomach rumble. However, they all had the same vision and similar preoccupations. They were heading to the unknown and even the route was full of mysteries. Maybe they were on the verge of arriving safely, maybe they were on the brink of taking a massage from a lost ship.