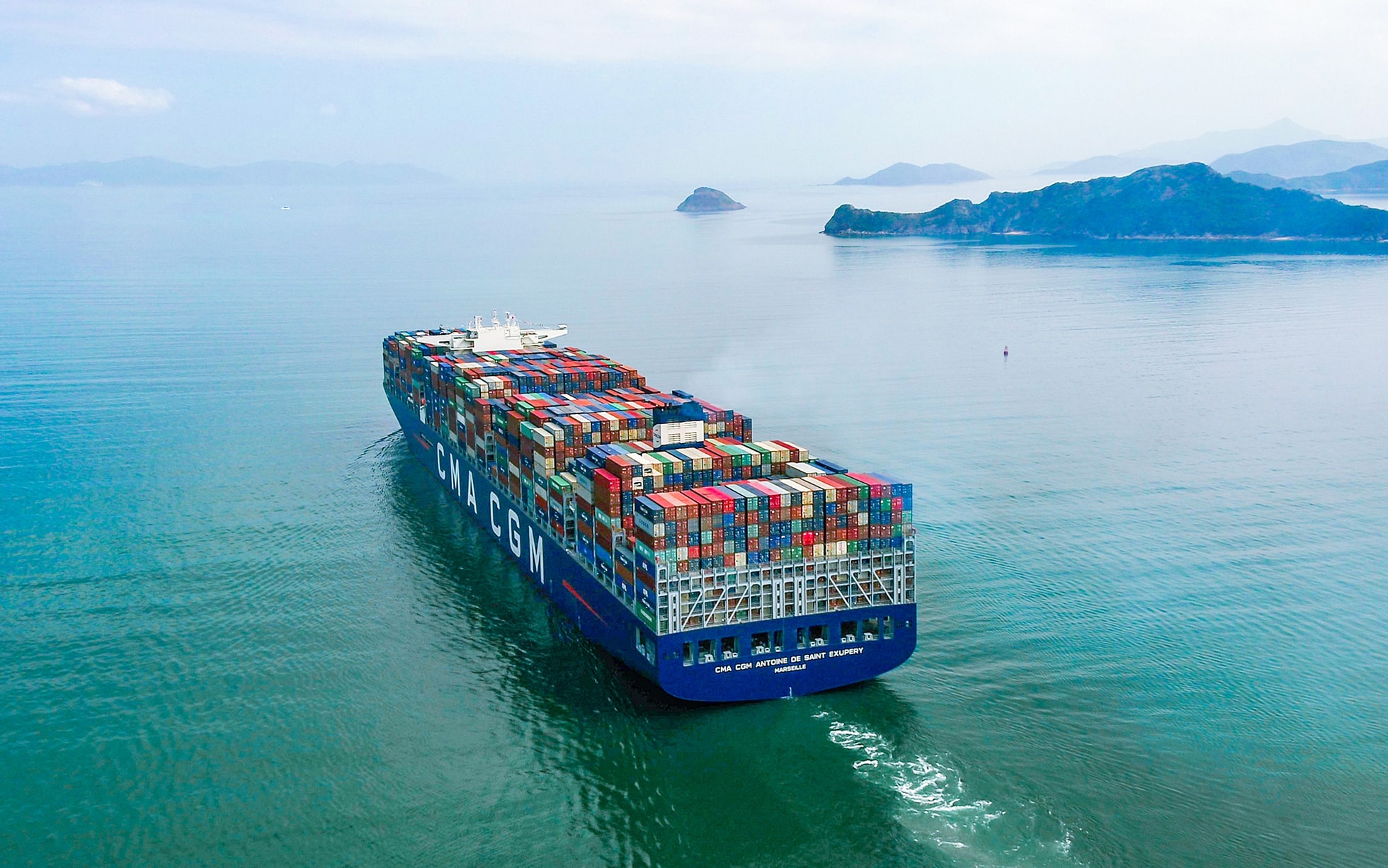 MSC Gülsün and her twin sisters

Launched in 2019, MSC Gülsün is currently the largest cargo ship in the world. Operated by Mediterranean Shipping Company, the Panama-flagged ship is the first of 11 sister vessels constructed by Samsung Heavy Industries and DSME in South Korea.
MSC Gülsün is almost 61.4 meters (203ft) wide and 400 meters (1312ft) long. The 232,000 gross ton ship has a draft of 16 meters. Thanks to its cargo system designed by MacGregor International AB, the ship has a capacity of 23,756 containers (23,756 TEU) in rows of 24 across.

MSC Gülsün transited the Suez Canal for the first time on August 9, 2019.
5 of her sisters, MSC Samar, MSC Leni, MSC Mia, MSC Febe, and MSC Ambra has the same specifics of MSC Gülsün, while 5 others, MSC Mina, MSC Isabella, MSC Arina, MSC Nela, and MSC Sixin are only 10 cm shorter and they only lack 100 in maximum TEU.

COSCO Shipping Universe was built it 2018 by the China State Shipbuilding Corporation for China Ocean Shipping Company Limited. Registered and sailing under the flag of Hong Kong with a carrying capacity of 21,237 TEU, she is famous for being the largest cargo ship in China

CMA CGM Antoine De Saint Exupery has two twin sisters: CMA CGM Jean Mermoz, and CMA CGM Louis Bleriot. These environment-friendly vessels’ new generation engines reduce their oil consumption by up to 25% and their carbon-di-oxide emission by up to 4%.

Madrid Maersk and her twin sisters

There are a total number of 11 second-generation Maersk Triple E-class cargo ships and Madrid Maersk is the first and the most famous of them. These ships were built by Daewoo Shipbuilding & Marine Engineering Shipyard for Maersk Line in 2017, 2018 and 2019.
During her launch in 2017, Madrid Maersk became the second 20,000 TEU-class container ship ever (with 20,568 TEU). With a deadweight Tonnage of 192,672MT, these ships measure 399 meters in length and 58.8 meters in breadth.