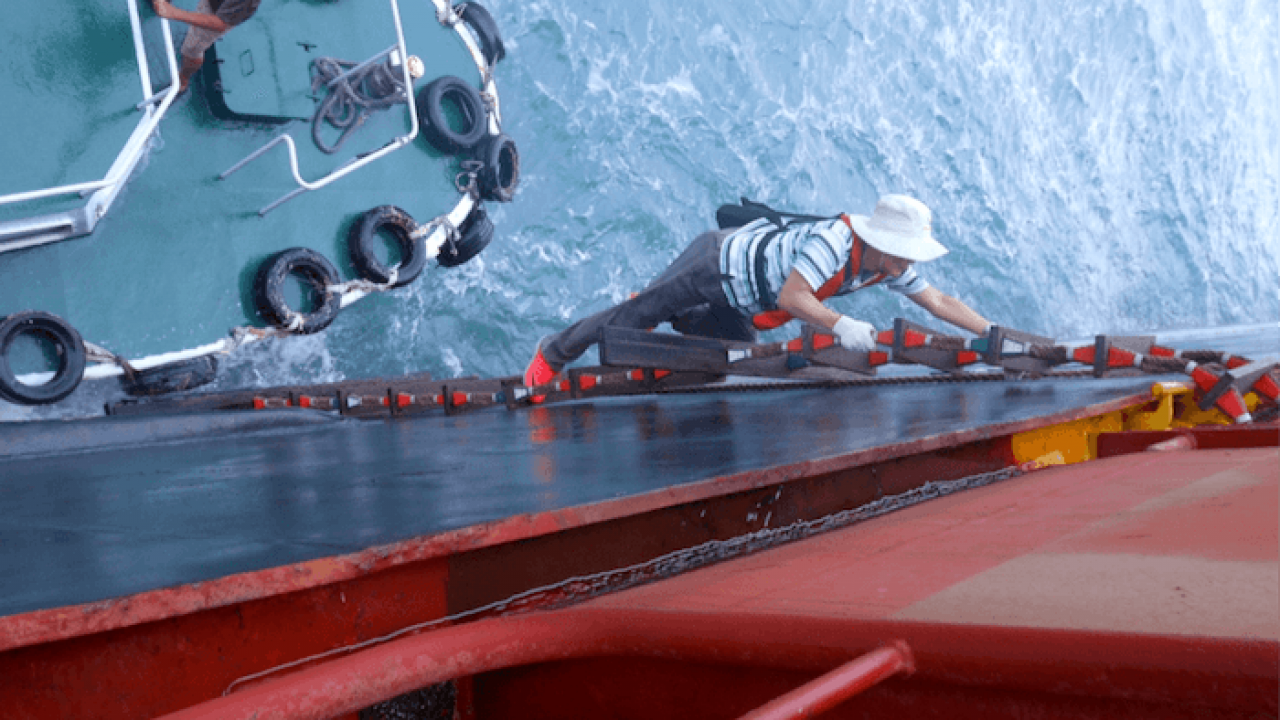 Turkish Maritime Pilots’ Association has declared 1-5 June as the Maritime Pilots Week. Marine pilotage is one of the most important professions in maritime and one of the oldest of all. Let’s take a look at the history and importance of the maritime pilots.

A maritime pilot, also known as a marine pilot, harbor pilot, port pilot, ship pilot, bar pilot, or simply pilot, is a sailor who maneuvers ships through dangerous or congested waters, like harbors, straits or river mouths. Pilots are navigational experts possessing knowledge of the particular waterway such as its depth, currents, and hazards.
The history of the maritime pilots dates back to Ancient Greece and Roman times. When they didn’t know the harbor too well, the captains of the incoming ships hired the locally experienced captains to safely trade the vessels into the port.

In the beginning, simple fishing boats were used to take the local captains to the ships but since they were heavy working boats, a need for a specialized vessel was born. So was the pilot boat.

This specialization was followed by the official formation of the job. Because the pilotage activity had to be regulated and pilots needed to have decent insurance, the harbors started to employ pilots specific to this job and the profession of marine pilotage was born. At first, they were called lodesman, though, a term derived from the German word for lodestone, an early compass.

The job didn’t come without huge risks. In medieval Europe, being a pilot meant a person’s head was at stake because the law in that era was to behead the pilot who failed in safely navigating the ship and her cargo unless he could compensate the loss for either! Luckily, maritime pilots have always been so good at what they do so there are no records of a pilot being beheaded due to errant navigation, damage, or loss due to an accident.

Even though the technology allowed better navigational equipment, the need for marine pilotage has never diminished. On the contrary, the same progress in the technology also allowed humanity to build bigger vessels and the local knowledge of the harbors and straits, and the expertise in ship-handling skills have remained as crucial as ever. Besides, since the industry is intensely competitive today, there are amplificated demands for ships to operate in more severe weather conditions than in the past, which also increases the need for a maritime pilot.

The history of marine pilotage in Turkey

Bosphorus, also know as the Strait of Istanbul has always been a crucial strait. So that the first pilotage service of ancient times was rendered here.

The pilots of the ancient port city of Troy in the Dardanelles used to render pilotage services for the Strait and ships used to wait for months in the anchorage of Troy, for fair winds and currents.

The legend tells that passing through the Bosporus with his boat ‘Argo’ before the Trojan Wars, Jason hired a local pilot.

The establishment of modern pilotage services, however, was not before the foundation of the Turkish Republic. Until the 1990s, pilotage services were only provided by the state-owned companies.

In the second half of the 1990s, the situation started to change. Some of the new privatized ports included pilotage services. In some pilotage districts, such as the Izmit Gulf and the Gulf of Nemrut, Government-authorized private companies to render pilotage services.

As of today, the system is hybrid with the service being provided both public and private pilot companies. The Government company renders pilotage services in the Turkish Straits and at Izmir and Istanbul ports. In all other regions, these services are provided by the private sector

Why do the maritime pilots deserve to be called heroes?

Maritime pilots prevent catastrophic accidents in the most dangerous ports and straits, and unfortunately, many of them die on the job. This is more than enough to call them heroes.

The pilot ladder is the riskiest aspect of the profession. When a pilot is hired, they leave the pilot station, take the pilot boat, and proceed to the ship. Ships reduce speed to allow the boat to come alongside. The ships rig a rope ladder with wooden steps which is called a pilot ladder, down the shipside.

The standards for this ladder, the steps, distance between the steps and maximum allowable freeboard height to rig the ladder are determined by the International Maritime Organization. However, many accidents occur due to the non-conformity of pilot ladders. Sometimes the ladder rope breaks while the pilot climbs up the ladder. Sometimes due to non-compliance of the handrails pilots can fall. Unfortunately, these fatal accidents happen once or twice every year.

After having climbed up the ladder, pilots walk along the deck and climb up the accommodation area to reach the bridge. If there are no elevators on board, it can be a long climb up. At the bridge, the pilot meets with the captain and they exchange information. The format and content of this exchange of information are also determined by the IMO.

Maritime pilots are required by law in most major seaports of the world for large ships. In some cases hiring a pilot is not compulsory though. For example, The Montreux Convention states that merchant vessels have the right of free transit and navigation in the Straits twenty-four hours, under any kind of flag, and with any type of cargo. The agreement underlines that pilotage and towage are not compulsory for the nongovernmental vessels passing through the Black Sea Straits.

However, Directorate General of Coastal Safety states that most of the accidents during the passage through the Bosphorus occurred when the vessel was not navigated with a pilot. Therefore hiring maritime pilots is “strongly recommended” for this challenging waterway.

Apart from the technical problems due to improper pilot transfer arrangements that endanger their lives, pilots face administrative problems such as the organizational structure, privatization, and competition as well.

As Zeymarine Ship Agencies & Services, we’d like to thank all our pilots for their priceless contribution to the maritime sector and congratulate their Maritime Pilots Week.