What Seafarers Do Onboard? 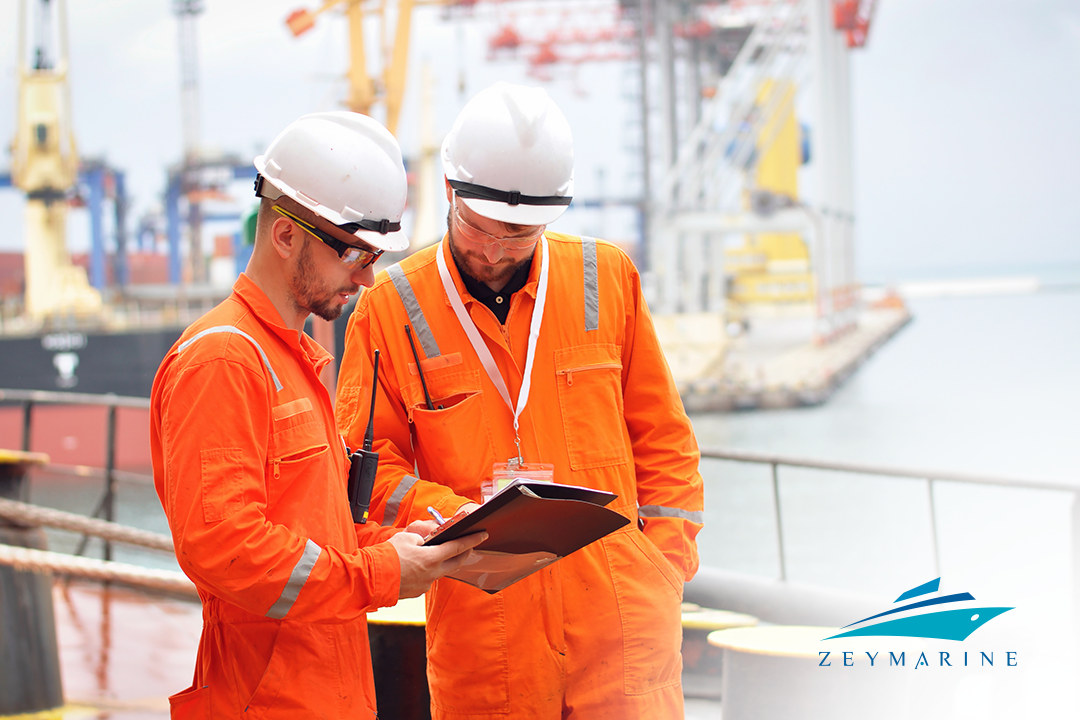 Seafarers or sailors. They are the people who are employed to work on vessels. Devoted to their duty and always on courage. As George William Curtis says, It is not the ship so much as the skilful sailing that assures the prosperous voyage. But who are the ones who make it sail or navigate actually? What do they do for a living? Let’s take a look at a modern ship’s complement.

Keep in mind that the ship’s complement had its own hierarchy. As follows, we better start with the ones who leave nothing to chance for his/her ship’s safe navigation, the deck department.

For handling cargo and navigating the vessel, crew members of the deck department are the ones who take responsibility. Their duty requires extensive knowledge, resilience and courage. In order to become a licensed mariner on deck departments, holding a degree from a university or college is necessary.

The department is operated by deck officers. On top of the hierarchy, unsurprisingly the most respected position yet has the most duties, the captain leads the overall operation. Captains are also known as masters. They hold definitive responsibility for the ship. As the famous maritime tradition refers, ‘The captain goes down with the ship’. Also, in the admiralty law, barratry law means misconduct committed by the captain on the voyage which causes damage to the vessel or cargo and gives rise to penalties. Captain’s responsibilities are not limited to the shipowner, cargo or passenger. They also have responsibilities to their crew.

The deck department not only consists of the captain. From supervising and monitoring any maritime cargo onboard to the maintenance of deck or stability monitoring to discharging ballast water, plenty of things were carried out in the deck department.

The chief officer has the liability for the safety and security of the operations. Work as the captain’s right side and is also known as a first mate or first officer.

The second officer, who is third in the command hierarchy, navigates the ship by monitoring the vessel’s position using the latest navigational equipment such as GPS,  NACOS/ECDIS etc. No rest on the port, too. Second officers also take part in the safety of the ship whilst in port. Even though the second officer or second mate usually deals with navigation, depending on the utilization conditions of the ship, directing line handlers, cargo watches, directing anchor detail and training and instructing crew members could be their duty.

As a junior to the second officer, the third officer helps to manoeuvring the ship, directing the bridge team during operations.

Before taking full arbitration, deck officers should pass the process of being trainees or deck cadets.

The ones who look after the hull and deck of the vessel are known as the bosun.

Ships are complex vehicles. Extreme engineering processes make them afloat yet the touch of engineers and mechanics still calls for during operations.

All machinery and equipment maintenance is carried out by the chief engineer.

The second engineer, as its name refers, stays in the second position of the supervising scheme. They are acquainted with the chief engineers on daily maintenance and operation of the engine department.

In charge of boilers, fuel, auxiliary engines, condensate and feed systems, the third engineer or second assistant engineer takes charge. They also assist higher-order engineers. After the third engineer, there is also one lower position called the fourth engineer.

Ratings are also visible in the engine department. For instance, for maintenance and repair of the engine room, fire room, machine shop, ice-machine room, and steering-engine room equipment, motormans work. On the other hand, oilers and wipers work in the oil machinery

To carry out electrical and electronic maintenance, repairs, installations, and testing, electro-technical officers (ETO) participate.  Distinctively from other engine department crew, they do not work nor stay 24 hours on the ship and mostly take responsibilities when it’s necessary.

For the crew, the ship is not only the workplace but also home for a long time. Without professionals who are responsible for nourishment, it might be so hard for the crew to stay healthy and plush. In merchant ships, the cooking department is known as Steward’s department. Chief steward and chief cook are one of the main positions in Steward’s department.

On the other hand, especially on passenger ships like cruise ships, large teams are responsible for cooking and serving endeavors.

On cruise ships, the galley refers to the kitchen. Even though it is unseen at first look, the galley has a non-stop working system and one of the busiest departments of the vessel. Mostly, the hot and cold galley constitutes the galley department. The hot galley specialized in cooking vegetables, soups, fish and meat; the cold galley specialized in baking, pastry and confectionery and snacks. The top-of-the-order, executive chef position, is responsible for the whole galley department and its personnel.

Of course, ships not only work for cargo but also for transportation and entertainment. For instance, on cruise ships, thousands of people work for the needs of the customers. Ships are designed and built for everyday life. So, it is possible to witness much more variable professions onboard.