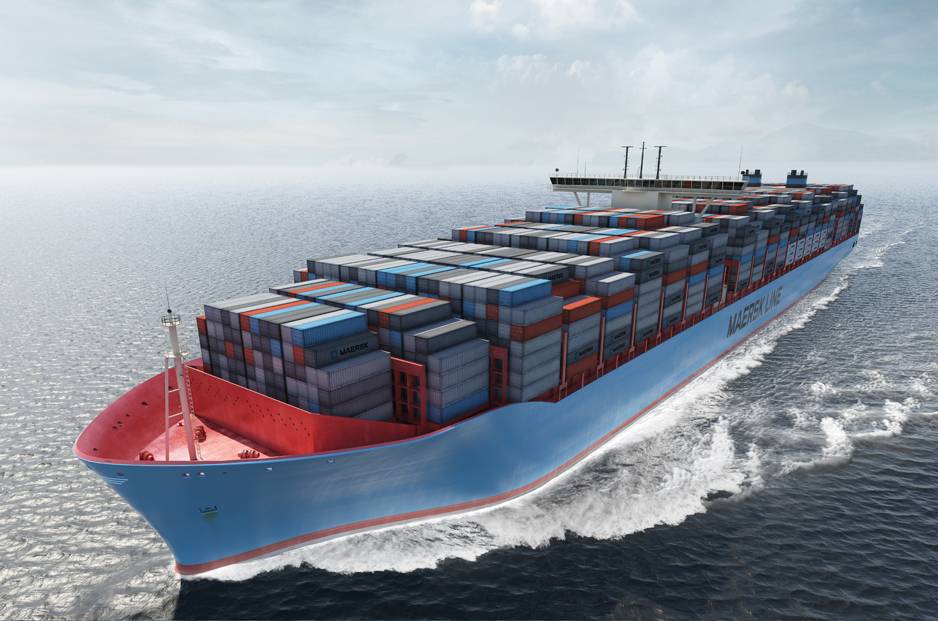 Let’s take a look at the world’s largest 10 container ships based on their capacity.

Container ships are the essential actors of commercial intermodal freight transport, therefore the maritime industry. As of today, nearly 90% of non-bulk cargo worldwide is transported by these types of ships. So, let’s get to know them better. Here are the 10 largest container ships still active, based on their capacity, which is measured in TEU (Twenty-Foot Equivalent Unit).

Belonging to Mediterranean Shipping Company, MSC Diana is a Pegasus-class container ship with a carrying capacity of 19,462 TEU. It’s almost 400 meters long (399.9 meters to be exact), 58.8 meters wide, and 30.2 meters in the draught.
Built in 2016 by Samsung Shipbuilding and Heavy Industries, MSC Diana has a deadweight is 197,708 tonnes. It’s registered as a Liberian ship.

Built by Hyundai Heavy Industries in South Korea in 2015 for the United Arab Shipping Company, MV Barzan is an ultra-large container ship. Having a DWT of 199,744 and a gross tonnage of 195,636, MV Barzan was the largest container ship when it was produced.

Another thing that made MV Barzan famous was that it has carbon emissions far lower than the Maersk EEE class container ships. MV Barzan is likely to continue to be very popular in the maritime industry since it has the lowest per-container level of carbon emissions which is almost 50% less than the IMO’s new limit set for 2025.

COSCO Shipping Taurus was built in 2018 by Waigaoqiao Shipbuilging for the China Ocean Shipping Company Limited. This mono-hull ship’s only purpose is container carriage, with a capacity of 20,119 TEU. It has a length of 399.8 meters and a breadth of 58.7 meters. COSCO Shipping Taurus is registered and sailing under the flag of Hong Kong.

Its service speed is 22.0 knots, and the maximum recorded speed is 24.0 knots.

MOL Truth was manufactured by Imabari Shipbuilding Company Limited for the Ocean Network Express group of Japan in 2017. Its length overall is 400 meters, the beam is 58.5 meters. With a container capacity is of 20,182 TEU, MOL Truth is sailing under the flag of Panama. Its optimized hull shape and other advanced technologies used to built it are able to reduce the CO2 emissions of MOL Truth by up to 30%.

Another container ship built by Imabari Shipbuilding Company Limited and sailing under the flag of Panama is Ever Golden. Built in 2018, its length overall is 400 meters and the beam is 58.8 meters. The ship has a gross tonnage of 21,7612, a deadweight of 199,692, and a container capacity of 20,000 TEU. One thing Ever Golden lacks is the ability to serve with very high speed. Its maximum recorded speed is 11.4 knots.

Madrid Maersk was built by Daewoo Shipbuilding & Marine Engineering Shipyard for Maersk Line. It is the first of 11 second-generation Maersk Triple E-class container ships. During its launch in 2017, it became the second 20,000 TEU-class container ship ever (with 20,568 TEU). With a deadweight Tonnage of 192,672MT, Madrid Maersk measures 399 meters in length and 58.8 meters in breadth.

CMA CGM Antoine De Saint Exupery was built in 2017 by Hanjin Heavy Industries and Construction for the French shipping company CMA CGM. It is 400 meters long and 59 meters wide and has a dead-weight of 202684 MT. This environment-friendly vessel’s new generation engine reduces its oil consumption by up to 25% and its carbon-di-oxide emission by up to 4%.

COSCO Shipping Universe was built it 2018 by the China State Shipbuilding Corporation for China Ocean Shipping Company Limited. Registered and sailing under the flag of Hong Kong, it is the largest cargo ship in China with a carrying capacity of 21,237 TEU. It’s 400 meters long, 58.6 meters wide and has a maximum speed of 22 knots.

With a deadweight of 199,000 MT, COSCO Shipping Universe is a flagship vessel of the 21st Century Maritime Silk Road.

With a carrying capacity of 21,413 TEU, OOCL Hong Kong is the largest cargo ship in the world at the moment. Actually, it’s the largest container ever constructed!