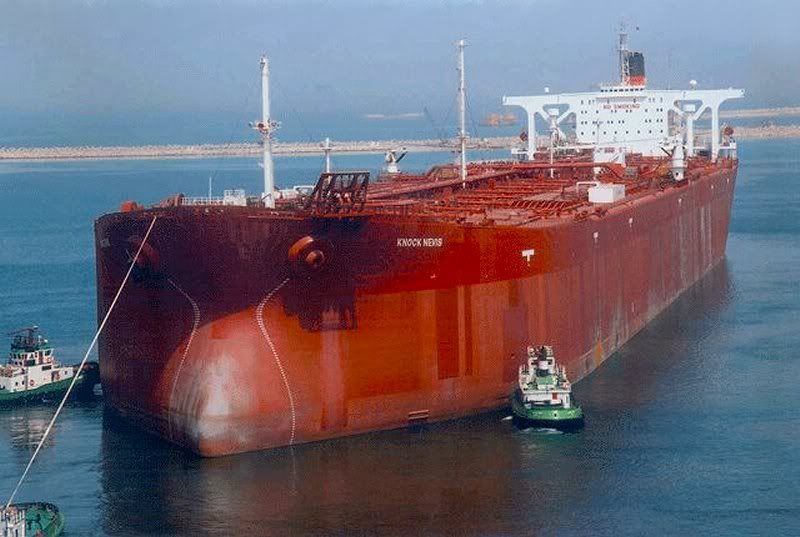 Here are the largest oil tankers the world has ever seen.

Berge Emperor and her twin sister Berge Empress were supertankers built in 1975, in Japan, by Mitsui. Owned by Bergesen d.y. & Co., they were launched the same year. Berge Emperor served until 1986, while Berge Empress survived eight more years before she was also scrapped.

The Nai Superba and her sister Nai Genova were Ultra Large Crude Carriers (ULCC) that were launched in 1978. They were built at Eriksbergs Mekaniska Verkstads AB shipyard in Goteborg, Sweden. They were among the last built at that facility before it closed in 1979 due to financial issues that had begun when Japanese shipyards began to exert a level of dominance within the industry.

While they were originally known as oil ships, they also transported chemicals to ports around the world. Despite this versatility, they were sold multiple times between 1985 and 1997. After three more years of economic struggles, the sad decision to scrap them was made in 2000 (for Nai Genova) and 2001 (for Nai Superba).

Esso Atlantic and Esso Pacific were two of only seven ships to surpass a half million tons deadweight in maritime history. Served between 1977 and 2002, they both approached a gross tonnage of 235,000 and 508,628 tonnes deadweight tonnage.

They were renamed Katepan Giannis in 2002, when they were sold by Esso Eastern Marine Ltd., Bermuda, to Ceres Hellenic Shipping Ent. Ltd., Greece. They were both scrapped in August and September 2002 in Gadani Beach, Pakistan.

Batillus, Bellamya, Pierre Guillaumat, and Prairial were the four Batillus-class supertankers built in France between 1976 and 1979. The class continued to serve until the final one (Prairial) was scrapped in 2003.

Unlike most other ULCCs, including the Seawise Giant, the Batillus-class vessels had twin screws, twin boilers of full size and power, and twin rudders. This allowed them to be more easily and safely operated than with a single propeller and a single boiler, in case of an emergency.

Seawise Giant was a ULCC supertanker that was the longest ship ever, built by Sumitomo Heavy Industries in Yokosuka, Kanagawa, Japan. Ordered in 1974 and delivered in 1979, Seawise Giant was later named Happy Giant, Jahre Viking, Knock Nevis, Oppama, and Mont, until her retirement in 2009.

Seawise Giant was sunk during the 1980–1988 Iran–Iraq War by an Iraqi Air Force attack while anchored off Larak Island, Iran on 14 May 1988. Shortly after the war ended, Norman International bought the shipwreck, salvaged and repaired it. The ship’s 36-tonne anchor was saved and donated to the Hong Kong Maritime Museum in 2010. The anchor, currently a monument, now resides next to a Hong Kong Government Dockyard building on Stonecutters Island.

The four TI class of supertankers, TI Africa, TI Asia, TI Europe, and TI Oceania were constructed for shipping company Hellespont Group by Daewoo Shipbuilding & Marine Engineering in Okpo, South Korea, and entered service between March 2002 and April 2003. This makes them the first ULCCs to be built in 25 years.

Even though they couldn’t make the top 5 on our list (they rank 6th), unlike the other five, they are still in service, which means they are the largest oil tankers in the world currently. By displacement (of 67,591 tonnes light and 509,484 tonnes full load), deadweight tonnage (of 441,893), and gross tonnage (of 234,006), the TI class ships are smaller only than Pioneering Spirit, which is a crane ship.