Icebreakers and How They Work 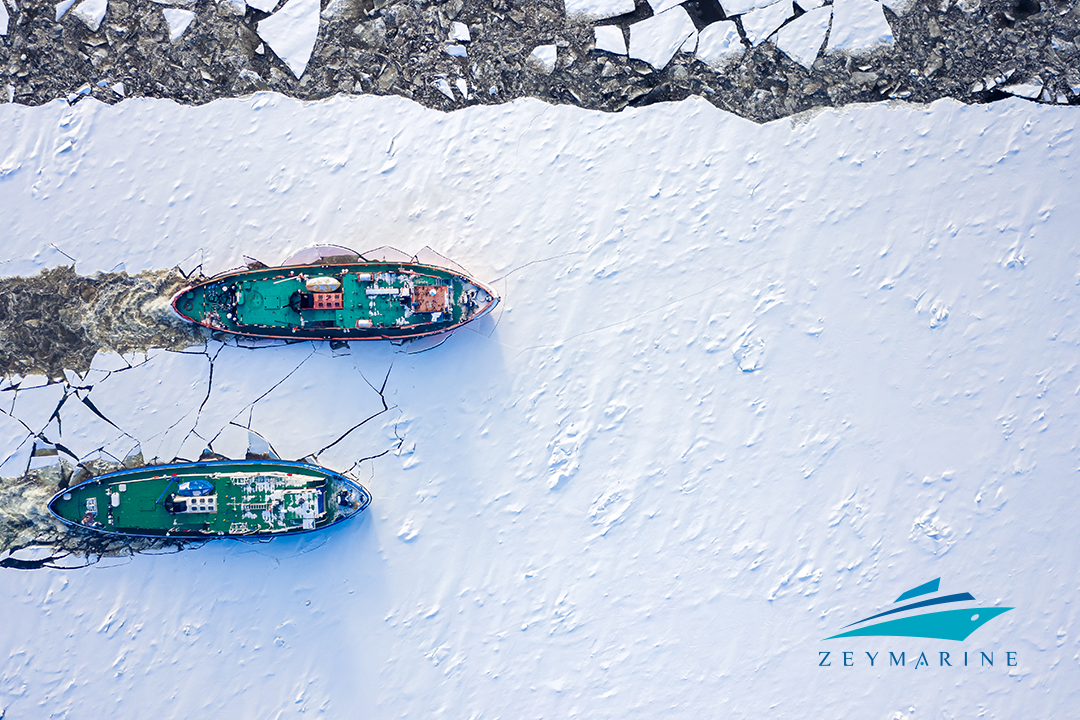 You might label planet earth as massive or small. Depending on your scale it could be an insignificant particle in enormous outer space or a huge planet with obscurity. Ships helped the discovery of unknown lands and connected civilisations. However, before icebreakers, icy water which covers approximately %7 of Earth’s surface and more than %10 percent of the oceans was no man’s land.

Nowadays, plenty of icebreakers operate on mostly the Arctic Ocean and polar regions as well as some frozen waters like the Baltic Sea and Northern Sea Route. Let’s get to know about the class of ships that stand out as monsters in the icy waters.

Some of the earliest maritime societies were living in on the coast of cold regions. Vikings for example, famous for their horridness and dominance of waters, had to design their ships in accordance with adverse weather. However, they could only travel through the ice-free waters in relatively warm periods of the year. However, in the same period of time in the Arctic regions of Russia, two-mast wooden sailing ships with additional skin-planking were rendering sailing on icy waters possible to sail without being damaged in the icy waters used for years.

In the 14th century, in Belgium, a brand new method was debouched. To clear to town moat, the long flat-bottomed barge was used as a deicer. It was a primitive model and the precursor of the icebreakers.

Modern icebreakers came into prominence in the 19th century. Initial steam-powered icebreakers were designed with the idea of cutting-edge reinforcement and durable wooden work. The first ocean-going icebreaker was built in 1897. Yermak was also the first polar icebreaker in the world. She was almost everlasting and served until 1963.

The ship called Pilot, designed and built in the Soviet Union changed the icebreaker construction. She was the first steam-powered metal icebreaker. Initially, Pilot had served as a tugboat yet altering the bow makes her capable of sailing in icy waters and breaking the ice.

Today, nuclear-powered icebreakers in Russia and diesel icebreakers all around the world serve different purposes. 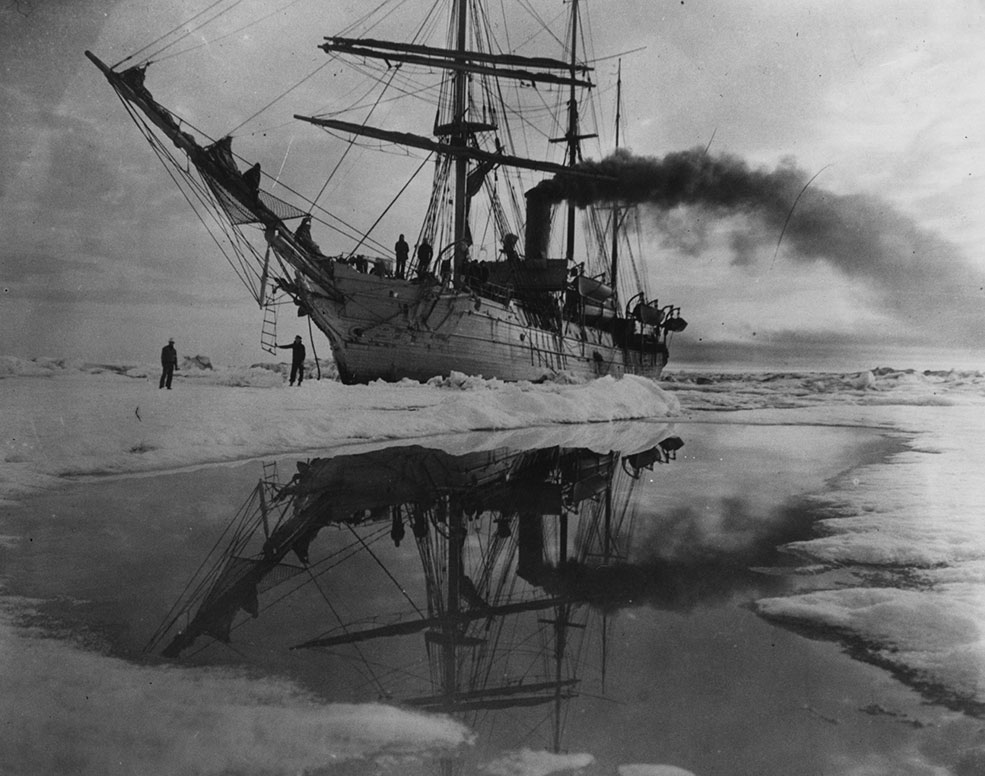 You might wonder: ‘Why ships other than icebreakers are not capable of sailing in frozen water?’ To give you a felicitous and conceivable answer, it is better to list the main characteristics of icebreakers.

Not surprisingly, the hull design of icebreakers is different from other ships. Their hulls are much more strengthened, and mostly feature a double hull. Reinforcement applies at the bow but also at the stern and the waterlines. Polymer materials are adding to composure and make the hull’s friction decrease. The thickness of ice can contribute to how vessels have an impact. Unless the ice is relatively thick, strengthen hull can break due to the low bending capabilities. In the other scenarios, icebreakers have to be dispatched by the icebreaker driving into it using its own weight.

When you take a look at the shape of an icebreaker you might realize some distinctive details. Gradually sloping at the bow allows using the ship’s weight to break the ice as well as prevent a buildup.

Additionally, icebreakers have more powerful propulsion systems. They are either diesel-electric or nuclear-powered. two propellers fitted both at the fore and the aft and bow thruster makes them unusual yet extremely efficient in maneuvering.

It is important to remark that not all the ships operated on icy waters are icebreakers. The class of icebreakers refer to the vessel that actually can break the ice. Sometimes, icebreakers work as a passage opener for other ships.

The idea behind the icebreakers is after contact with the large ice parcels, cracks created by the intact force would open a gap inside the ice. Long bow-shaped icebreakers can ride up to the ice mass and thanks to their weight, they can sail through the ice and also can open corridors for following ships.

Another method called resonance, oscillation up and down of ice and water until they peak the limits for mechanical fatigue ultimately resulting in fraction, is used in hovercraft for icebreaking. 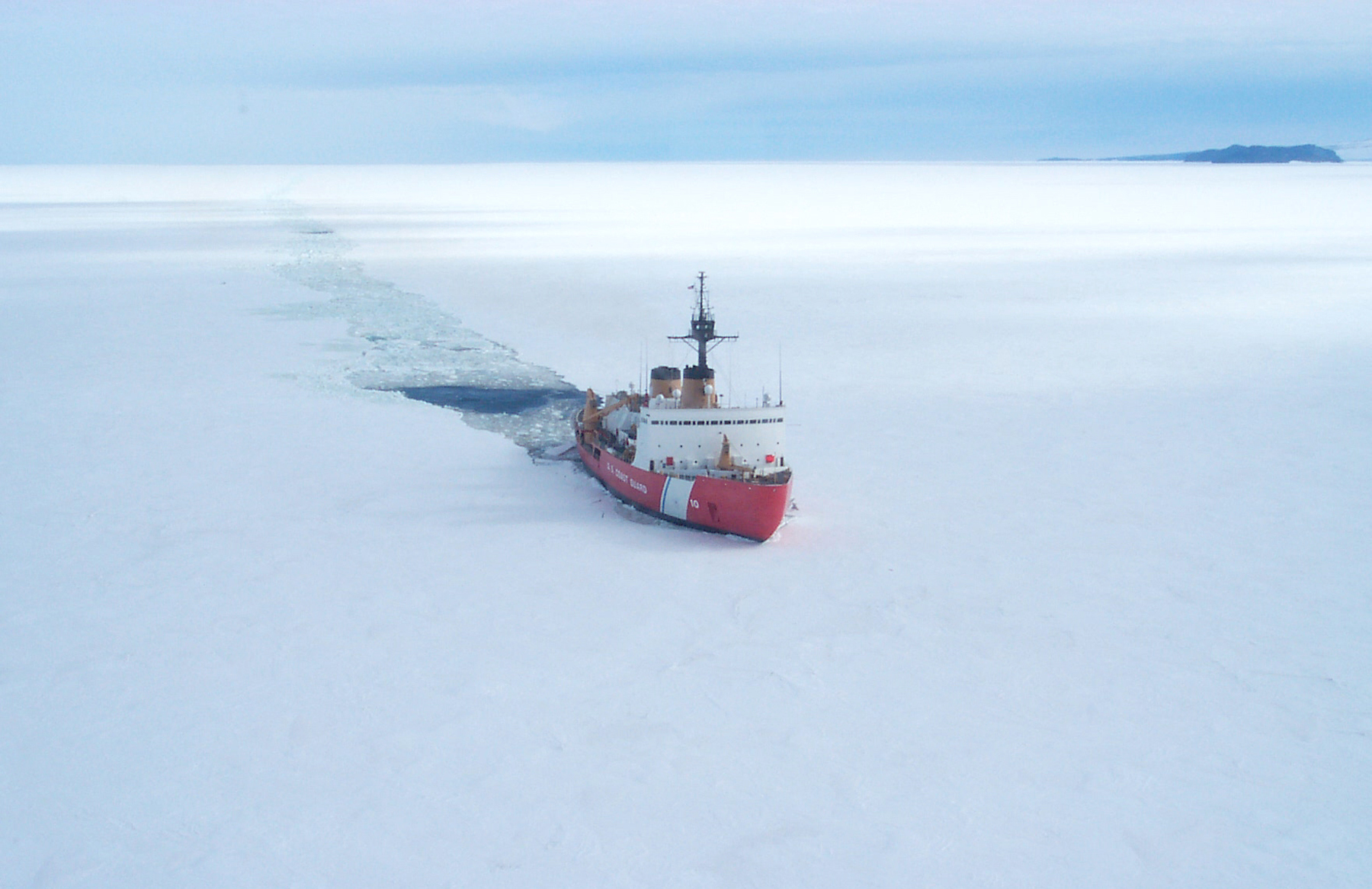 Today, two power and propulsion systems are the standards for icebreaker construction. Since World War II, diesel-electric propulsion is the dominant force in terms of prevalence. In the first years of diesel-powered icebreakers, direct current (DC) generators and propulsion motors were widespread. Over the years, thanks to advancing technology, alternative current (AC) superseded. Nowadays, without the help of auxiliary engines, electricity can be supplied onboard according to the power plant principle. Also, after many years of experiments and knowledge from the operations, azimuth thrusters became an integral part of diesel-powered icebreakers. The advantage of propulsion efficiency, icebreaking capability and maneuverability derives from their aptitude for 360-degree rotation makes them functional.

In comparison with diesel propulsion, nuclear has much more to offer in terms of power yet they need more heavy fuel, have more limitations on the range and have more expenditure. As of November 2022, the most powerful icebreaker is Arktika. She has total propulsion power of 60 megawatts which can also be described as 80000hp. She was designed to be capable of breaking 2.8 meters of thin ice at 2 knots.